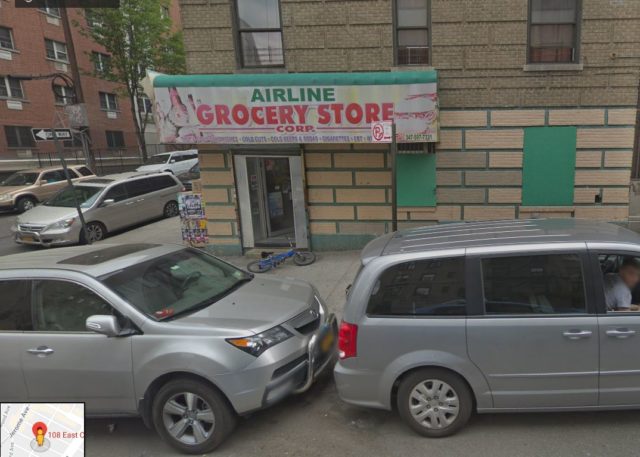 Growing up Bronx was sometimes rough. I lived on a block where the kids weren’t as bad as they were in other blocks. However, that isn’t to say we didn’t have bullies and troublemakers around too.

I remember that there were times that my mom wanted me to go to the bodega to get her some stuff. Depending on the time of the day, or who was outside, taking a trip to the bodega could be a very challenging scenario.

I recall how many times I told my mom I didn’t want to go, but I never told her why I didn’t want to go. She probably thought I was just lazy, but the truth is that I’d often get our money stolen, get roughed up, or people would try to take what I was getting. These fucking people were crazy y’all. If I did end up going, first I’d have to perform a thorough examination of what the scene was like outside.

This first image illustrates my bedroom window. I’d come here, and then I’d look out into the street to see what was going on. This next image shows the bodega view from my window, along with some of the areas I’d examine for troublemakers. This here view is the view of my building from across the street. I’d look down in this direction as well. Here are some other areas I’d examine.

Of course, I’d also have to look up the block. They didn’t mess with me as much, but there were days that some came down and started crap. This was rare though. When I look back at it now, I get angry with myself because I should have exerted dominance and commanded respect from these losers and thugs. In the streets, you had to fight to get that respect, and for a long time, I was just a damn pansy.

It is very likely that I would have gotten my ass kicked often. These people who fucked with me were hardened street kids. They were used to fighting, going to jail, and so on. To them it was nothing. But, at least if I fought back and stood up for myself more assertively, I may not have been such an easy target. Then when Momma bear would ask me to go to the store, I could just go and not worry about these scumbags.

I regret some of these things, but I know that it was part of my path and process. Perhaps I wouldn’t be who I am today if things were different. So I have learned to just accept it for what it is. Also, I no longer worry about going to the bodega!