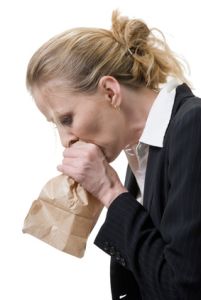 This morning the F train had some major problems, we were being held at one stop for quite sometime due to signal AND switch problems.

A young lady that was either ill, or claustrophobic, or maybe even traumatized due to a past experience began to panic. She was trying desperately to find a way out of the train, but the doors were locked and there really was nowhere to go. She started pacing back and forth saying “I need help, I need to get off this train.”

Just a side note that many may not consider or remember, New York has been through some relatively traumatic experiences. 9/11 being the most memorable. I noticed a few people giggling, and others appearing annoyed, but you have to think, you don’t know what her past experiences were. She could have been stuck in a train during the blackout we had, or she could have been at the World Trade Center during the attacks. We just don’t know, so in my opinion there is nothing funny about what’s happening to her.

At a loss we all looked on as she panicked, some spoke to her and said “It will be ok, take a few deep breaths, nothing is happening, just sit down and try to relax”. But the young lady was still having her panic attack. Seeing that the girl was reaching her breaking point, a nice woman got up from her seat and went over to her, she started talking her through it. “The train will move momentarily, it’s ok, breathe.”

She stood by the girl, talking, calming, distracting, doing whatever she could to help the girl through it. After an extended period of time the train jerked really hard and sent us all stumbling. It was as if to say “take it biznatches”, but after that we eventually began to move. As soon as the doors opened at the next stop this young lady rushed out of the train as if her life depended on it. It wasn’t even her stop by her admission.

The Good Samaritan remained on the subway car. I approached her and struck up a conversation. I offered my contact information and told her that I wanted to interview her for my website in regards to her actions on the train today. After some time chatting she agreed to make contact with me after returning from vacation.

Believe it or not, New Yorkers can be some of the kindest, most caring people when we want to be. Just be careful, don’t bump us, walk on the wrong side, or step on our sneakers and everything will be ok!

Nyctalking will do a follow up when the nice woman makes contact with me. But, on behalf of humanity, thank you for your kindness.