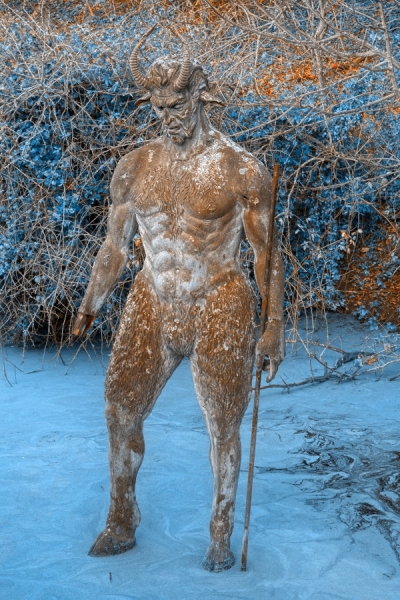 This morning, around 5:30am as I rode the train into work, groggy, sleepy, exhausted; I read a Breitbart story that I liked very much. This story confirmed certain things to me, but I’ll get into those in a second.

It would appear that all the snow we are seeing these days is because hell is in fact freezing over! San Diego just got a new Mayor, and he’s a Republican! Wait, say what? San Diego is a pretty big city, in a highly liberal state, so this election result is greatly telling about what the American people want. The fact that Kevin Faulconer could win this deep behind enemy lines, so to speak, is extremely telling.

As a former host of the Conservative, Wayne Dupree Show, I remember one of my last shows before I entered into my hiatus. We were intensely debating how the GOP and conservatives could take back the government. One of my extremely strong points was that you have to fight hard!

Democrats don’t play nice when it’s time to win. They play on emotion. They point out your faults. They go for the jugular! Republicans generally believe in “taking the high road.” Look at the 2012 election, especially during the debates! There were several opportunities that Romney could have gone to town on President Obama, HELLO, LIBYA? However, he didn’t want to use “harsh tactics” or whatever. Guess what happens next? He lost the election. Perhaps if Romney went a little nasty, and exploited the huge scandals that Obama was involved with, he may have won. The point is that you need to go balls to the wall!

Faulconer did just that, he went hard. You can’t win elections in the Democrat controlled areas simply by appealing to common sense and reason! Have we not yet established that common sense is not so common? If he had taken this “high road,” and not exploited the obvious lack of experience by his opponent, if he played nice, he would have probably lost the election just like Romney did. This should serve as a lesson to Republicans across the nation. Go for the jugular, this isn’t touch football. This is a full-contact sport! It’s okay to elbow an opponent in the face from time to time. Trust me, the opponent will be flying knee you in the groin if they can get away with it.

Have you seen the pictures uploaded to twitter by Michelle of their dogs “sitting” at a table that is extremely fancy, much nicer than any of us regular folk could ever afford? Well, this is the same family that said that Mitt Romney was out of touch with the American people. In fact, Obama and his family are just as out of touch with us as any other rich politician is. What’s the difference between him and Romney then? Romney didn’t point it out, he didn’t advertise it, back it up, and make his case! He smiled and took the “high road,” opting to do the “right” thing. That was a big mistake my friends, a mistake that cost us the election. GO… FOR… THE… JUGULAR!!!

Another mistake that the GOP keeps repeating is the belief that we have all the time in the world to make our moves. Meanwhile, election district after election district is lost! I mentioned this on my article about the whole Chris Christie “bridgegate” debacle. We have to pick our candidates. We have to unite, get out there, spread the word and vote! We can’t sit around and think “We got this,” because as Cucinelli and Romney have taught us, no, we don’t “got this.” You have to fight for it.

The Breitbart article sharing this story could have just as easily been written by me! They made the exact points that I argued on that episode of the Wayne Dupree Show. We have to fight hard, put in the work, and get out there and vote! According to the polls, early and absentee votes made up about half of the winning votes! You can’t wait until the last minute and expect to win! Especially when your opponent has spent months or longer trying to tear down your image in the public eye! David Alvarez, a Latino candidate, in San Diego, even had the financial backing of many unions and outspent Faulconer, yet that wasn’t enough to win!

What’s the morale of this lesson? When you see us pleading with you to vote, to share information, and to fight hard, DO IT! Kevin Faulconer is a perfect example that a GOP candidate can win behind enemy lines! Losing Virginia’s governorship hurt, it was a big black eye for the GOP. However, the GOP just caught the opponent snoozing and put a whooping on them! Let’s rally behind our party and pick our next president, now! I hear Ted Cruz and Rand Paul are doing really well over at the Tea Party! So who’s going to be the VP candidate?