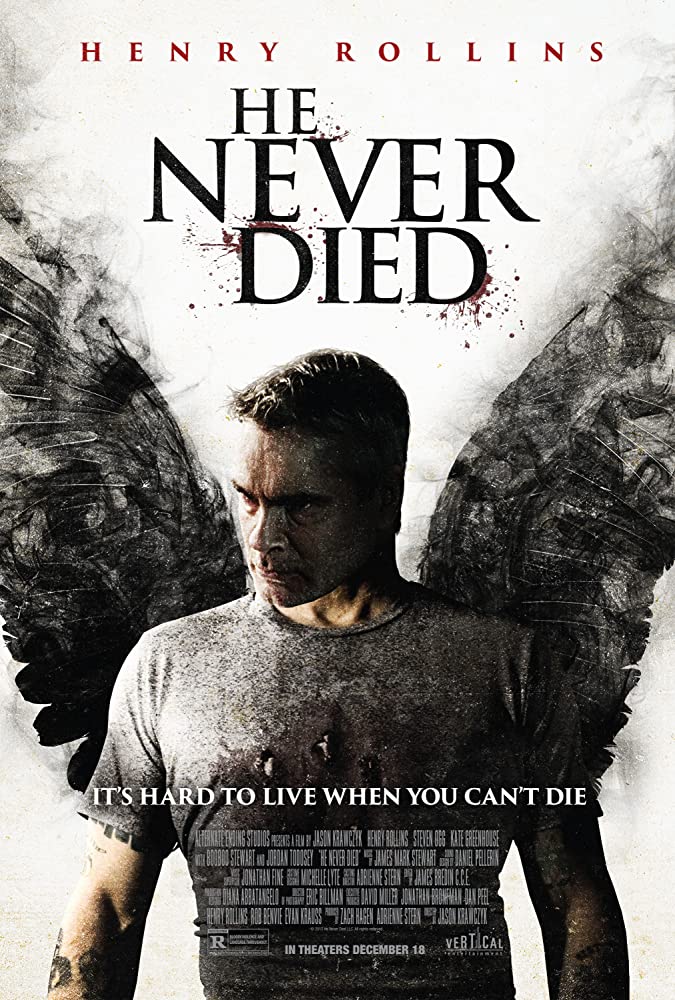 I’m not sure how I came across this film, I think I may have been searching for Dracula and this showed up. I remember “The Henry Rollins Band,” that dude is pretty bad ass. Anyway, the film premise caught my attention and we gave it a go.

I gotta tell you, the movie is kind of weird, in a Tarantino kind of way, but it was good. I enjoyed Rollins’ character and the overall vibe of the film. I’d loved to have seen more of it and there are rumors as recent as 2018 of a sequel.

There are characters that are never truly identified, but you can deduce who they are as the film goes on. I feel like they definitely could have done more with some of the characters in the movie, especially his daughter.

That being said, I’d love to see a sequel and have them continue building up on this. Good job Rollins! I know that I haven’t said much, the purpose of these short film reviews is not to “review” them per se, but more as a way of saying, “Watch it” or “don’t watch it.”

Okay fine, look, Rollins is an immortal who can’t die. Some guys make the mistake of messing with him and it goes from there. His character is very dry, practical and doesn’t mess around. He doesn’t like injustice and generally punishes bad people. Here is an example of his attitude:

Woman: You are how old? Really?

Woman: I don’t believe you.

Then he carries on with his business. It’s freaking hilarious in delivery and gruesome all at the same time. Check this movie out, you’ll enjoy it.