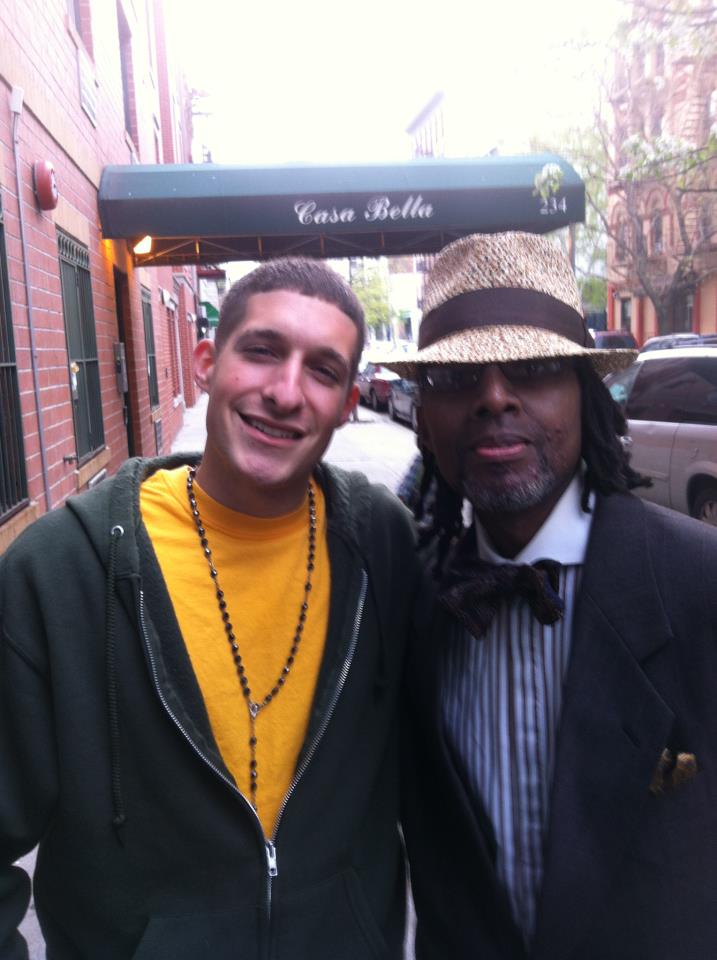 So how was it yo?

Last night I attended the first installment of Heavy Hitters, presented by Charlie Scott in association with LatinosNYC and the Nuyorican poets cafe. To say that this was a good show would be a gross understatement and a misrepresentation of the event. Let’s do this event proper justice shall we? This show was WITHOUT A DOUBT one of the best feature shows I have had the honor of attending. Period. Point blank. End of story. Llegamos!

Charlie Scott put together an event that featured the creme de la creme of NYC talent. The roster of featured performers, the open mic performers (one of which was yours truly), the host, the crowd, the love, everything was absolutely on point. It seems to me that everything Charlie Scott touches is just bound to succeed. Many people have tried to put together these types of shows, but few can claim such high levels of complete and total success, especially on the first attempt.

The open mic roster was as talented as any I have ever seen. The highlight for me had to be when David Rey Martinez performed a bit where he comically mocked a more serious piece done by Raul K. Rios. He poked fun at himself using the same dark soundtrack that Raul used and saying “I’m a sandwich addict”. I was seriously cracking up. This was situation comedy at its best. I haven’t laughed so hard in a long time. My man Peach did his thing and held it down with “Stop and Frisk”. The Kriza (spelling?) as our amazing host Nathan P calls Eric Crow Draven, killed it! “B*tch, where’s my money”! Several other performers including myself graced the stage and we all brought our “A games”. Some I know, some I’ve not had the pleasure of meeting yet. I think since everyone of us knew who was performing, and how big the crowd was, we had no choice but to bring it! But what about those features?

King I’Wante performed several of his most popular tracks, and with his hardcore cousin Madam Muff standing guard, The King, in my opinion had one of his best performances to date. Sylvana Joyce and the Moment rocked the house! Sylvana rocked us with her sexy movements right from the start. Can anyone say booty shorts? Wow wee! (Looks around for Mr Chris King). She wasn’t done though, then she rocked us with her amazing vocals and piano playing. The band performed several of their songs and let it all hang out. It’s all in a days work for this group as they are on their way. Coming up on their radar is a performance on NBC, you know, all in a days work. The band members were all on point. Sean on his violin, Chris rocking out on that guitar, and Ross pounding out those drum beats! This is live band music at its best. It’s no wonder they are top ranked on Reverbnation and are headed to NBC.

Petey Deabreu did a standup set that had everyone including me, laughing and practically falling off of our seats. That’s a funny man. What makes him even funnier to me is that we grew up under similar circumstances, and because of that I can completely, 100% relate to his humor. He spoke about a sister getting a roach stuck in her ear, (I think), well, guess what? When I was a kid a roach crawled up into my ear too! It’s a Bronx thing yo! Don’t hate. Lol. This brings me to Charlie Scott, the main event of the night. With every single performance you get to see Charlie Scott improve. Yet during every performance this man brings nothing short of perfection. So figure that out. This dude has never had a bad night, yet he continues to outdo himself each and every time. I’ve said it before, and I’ll say it time and time again, Charlie Scott is the real deal, a prodigy.

The only established artist I can compare him with is Eminem. Allow me to explain. If you listen to Eminem speak, his voice sounds exactly the same as when he is rapping. So when you are listening to him speak, it’s almost like listening to music. That’s the same way I feel about Charlie Scott. When Scott speaks to you, its in the same voice you hear when he’s spitting those amazing lyrical verses! Its crazy to me to hear him sound exactly the same, and he’s not even trying. Most of us have to “sing”, or try. He may not even realize it, or maybe he does, but his voice is one of a kind and it is perfect for what he does. I’ve been told by some people that I need to chill on the Charlie Scott praises, to them I say nay, this performer is amazing and I will continue to sing his praises so long as he continues to make music. Charlie Scott had an amazing turnout of personal friends and family. You could see him glowing with pride and joy, you could see the sheer happiness emanating from this man as he performed his songs to applause, and screams of “I love you Charlie Scott”. In one of his songs he directly apologizes to his parents for his bad behavior in the past. During his song “thank you” he says “You’re amazing and I’m grateful tonight, thanks guys”. When he said that I saw his mother smiling with pride.

Seeing this reminded me of when I performed “Dear momma” as a poem for my mom at “Bronx Stories” a year or so ago. We have both been blessed to be able to share the words we wrote for our parents, with our parents. That is a blessing not granted to all, and I know we both appreciate it.

I made sure I met his mother this evening, we’d spoken on Facebook a few times and I wanted to say hello in person and shake her hand. His mom is hearing impaired, so when I performed my song medley, I kept the microphone away from my mouth, and I did my best to keep my face in her direction in hopes that she was able to read my lips and make out some of the lyrics to my songs.

When Scott was performing I could see the pride on her face. She was glowing and proud as she watched her boy tell their story. I found it very touching. If you don’t know Charlie Scott’s past story, it’s ok, listen to more of his music or just wait for the book to come out. You’ll have to wait a little bit longer though because the story is still being written. Congratulations to all involved with this amazing event. Review of Heavy Hitters by @Angel Rodriguez in @NYCTalking: http://t.co/Nalh2TdWuU