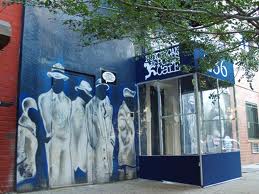 In case you have not seen the Facebook or Twitter posts, tonight is the long awaited Charlie Scott event “Heavy Hitters“. I’ll be there performing on the open mic and supporting the local artists that will be performing as well. Below are the exact details. Just a point to consider, if you love live entertainment, this event will have a little bit of everything for everyone. Poetry, Comedy, Hiphop, Pop, and who knows what else!

Furthermore if you have not seen Charlie Scott perform, I would advise you to come and check this event out. This is certain to be one of the few shows where you will see him for $10.  Sylvana Joyce and the Movement will soon be on NBC, but you can see them here first! I’Wante has been making audiences laugh all over the city, and tonight is your chance to see this dynamic performer. Danny is a beast on mic, he’s a new poet but he spits like a pro, come check him out! I’m looking forward to seeing Petey live, I have not had the pleasure of meeting him, but if Charlie put him on the lineup, judging by the company he’s in, this man is going to be hilarious! You know, there will come a day that the public will pay over $100 to see these artists at Yankee Stadium and other large venues. Wouldn’t you like to have seen the likes of Madonna, Eminem, Bruno Mars, Eddie Murphy and so on before they became who they are? Well, this is your chance my friends, come on down, and if you do, say hi to us!

Heavy Hitters by Charlie Scott in association with LatinosNYC.

I hand picked a diverse variety of artists who are masterminds in their own right, and consistently display dedication as well as a rigorous work ethic. The line up is as follows:

Preceding the show will be a brief open mic, open to anyone feeling courageous.

Tonight we will going Heavy Hitters at Nuyorican!

Nice to see you here. We are honored. (By we I mean me, LOL) I know who you are, mam. Thanks for giving the world that talented young man. He’s going to change the music game. 😉 cc: Charlie Scott

Nice meeting you tonight. I’m not sure if you are able to read lips, but I did my best to keep the mic away from my mouth in hopes that you could read the words to my songs tonight. 🙂 Stay well!

Connie, this is who I actually am. The name behind the NYCTalking logo. Hahaha.