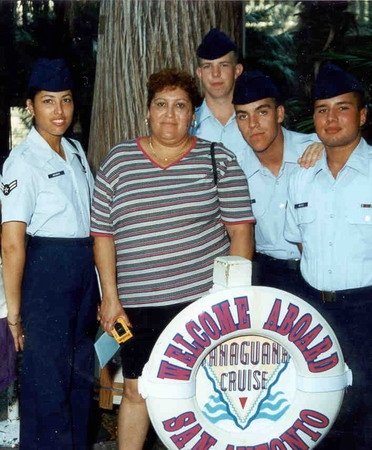 When I enlisted in the Air Force, I was recruited directly into a reserve unit. That’s the program where you go in to serve one weekend a month and two weeks a year. For all this to make sense, you have to understand that this meant that my specific reserve unit paid for my military training. So in essence I “belonged” to that unit.

Once I went through basic training and on to tech school, I realized that I really loved the military lifestyle and I wanted to transition from reservist into active duty. The thought of returning to the civilian world scared me. I really liked the structure and order that was provided by the military. Despite having some problems initially adapting, once I did I thrived in that world.

So as tech school was coming to a close, I asked one of my tech school administrators if they could help me transition into an active duty role. I asked him if that was possible and what the process would be. He stated that he would reach out to my reserve unit and see what my options were.

Some time later, he let me know that my unit stated they paid for my training and that they would not release me to the active duty Air Force. I tried looking into some options but it seemed that there was nothing I could do so I accepted my reality. I’d have to return to the civilian sector.

I left the Air Force in 2005 after 6 years of reserve and 2 years of inactive ready reserve service. Once I left, there were no real benefits or connections to the Air Force. For all intents and purposes, the connection was severed clean, no attachments.

As I now see some of my active duty friends exceed 20+ years of service, with some actually fully retiring, I regret my decision to join the reserves instead of going active duty. I’m 44 years old, I don’t have much money and retirement is nowhere in the cards.

When deciding to enlist, one thing that you should really take note of is your military job choice. You need to very, very, closely read all of the details of what the job is and what it entails. DO NOT let them rush you into a choice and read that paperwork very closely. Trust me on that. Also, consider whether you want to go active duty, reserve, national guard, etc. Of course, think about the branch too. In my honest, unbiased opinion, the Air Force is likely one of the safer branches you could join, depending on your job of course.

None of this really matters if you are not a high performer. What I mean is that the better you do on the ASVAB, the more choices you will have when it comes to CHOOSING a job, rather than being GIVEN a job. You should plan on acing the ASVAB exam. I didn’t study at all for the exam. Before my test I had never even seen an ASVAB test, I had zero idea of what it entailed. When I walked in to the recruiter’s office, we didn’t plan or prepare for that test at all. My Marine recruiter said that he saw my grades and that I was smart enough to pass it and just took me in to test with no preparation work. That should have been a red flag, but I was a kid and felt proud that he thought that.

Sure, I passed the test, but I did really poorly on some areas such as the mechanical and electrical parts of the test. I had never once seen any of those things in my life and I felt shocked when I arrived at that portion. It was completely new to me and I basically guessed my way through those whole sections. Had I known about this and studied those areas, I would have passed those parts too and that would have opened up even more job opportunities for me. The better you do on the test, the better your job options.

After being disappointed by my Marine recruiter and his questionable behavior, (by the way he was later locked up for rape) I decided to go to see an Air Force recruiter. My Air Force recruiter was much better than the Marine recruiter at his job, but he too was also deceitful. I made a mistake and I didn’t take a close enough look at the fine print for my job. I was put in a field that I really didn’t like. Frankly, I hated that damn job.

Despite the fact that I hated my Air Force job, I did fairly well in the military lifestyle. I know that if I had a better fitting job, I would have stayed in, gone active and eventually become an officer. I would have finished my career with a very nice, life long retirement pension at my current age of 40 something! However, since I hated the job, (plus some other reasons) I got out as soon as my first enlistment was up. Now I will not enjoy the amazing benefits of a young retirement.

Im really happy for my friends who have done so well for themselves with little to no physical or mental trauma while serving in the U.S. military. Sadly, not all of our brothers and sisters are so lucky. At times I do wish I had taken that path, but at the time I had no idea of the differences and how everything worked. I also didn’t know that I’d actually enjoy the military lifestyle so much.

So the major takeaways here are, if you plan to join the military, make sure that you:

I hope that this piece provides some guidance on your military journey. It can be hard, it can be fun, but all that depends on your choices in the beginning. We have no control of where life will take us, wars, etc. But if you can stack the odds in your favor very early on, why wouldn’t you want to do that? Stay safe, serve your 20 years, retire by 40 and live that good life!

This week marks the beginning of fleet week festivities. Next week the city will be flooded with Naval servicemen and Read more

Stop the deportation of U.S Veterans.

Here at NYCTalking we try to run a site based on facts and fairness. We do not base our opinions Read more