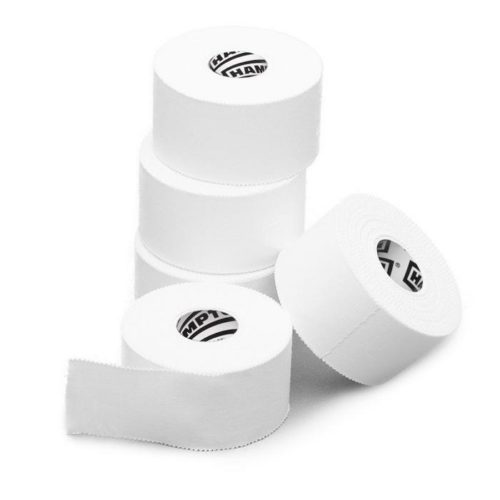 I was at the gym taking a sit break before walking home and I noticed some dude I’ve never seen before asking for a band aid. It appeared that he tore his skin lifting some heavy weight. He found a band aid but I knew that it wouldn’t stay on if he was going to keep training. I told him to go wash his hands first, then I’d help him put on the band aid and tape him up with my really good Hampton Adams athletic tape.

The guy did that and we proceeded to tape him up. Afterwords he went back to the weight area and continued pumping iron. One of my friends asked me why I did that for someone I didn’t even know? I said it’s for his safety. An open wound is susceptible to infection, especially touching gym equipment. I don’t know the guy, but if I can help him stay healthy, why not? Also it stops the spread of his blood on the equipment which also protects us as well.

But dude, you are touching another man and taping him up. That shit’s mad gay Angel, ain’t you worried about what people are going to think seeing you tape up another man’s hand and shit? Look, there ain’t nothing gay about a man helping another man out. I roll around on the floor in tights with other men, you think I’m worried about what someone might think? I’m just a dude helping my fellow man out. If that makes me gay, well, then I’m gay. So what?