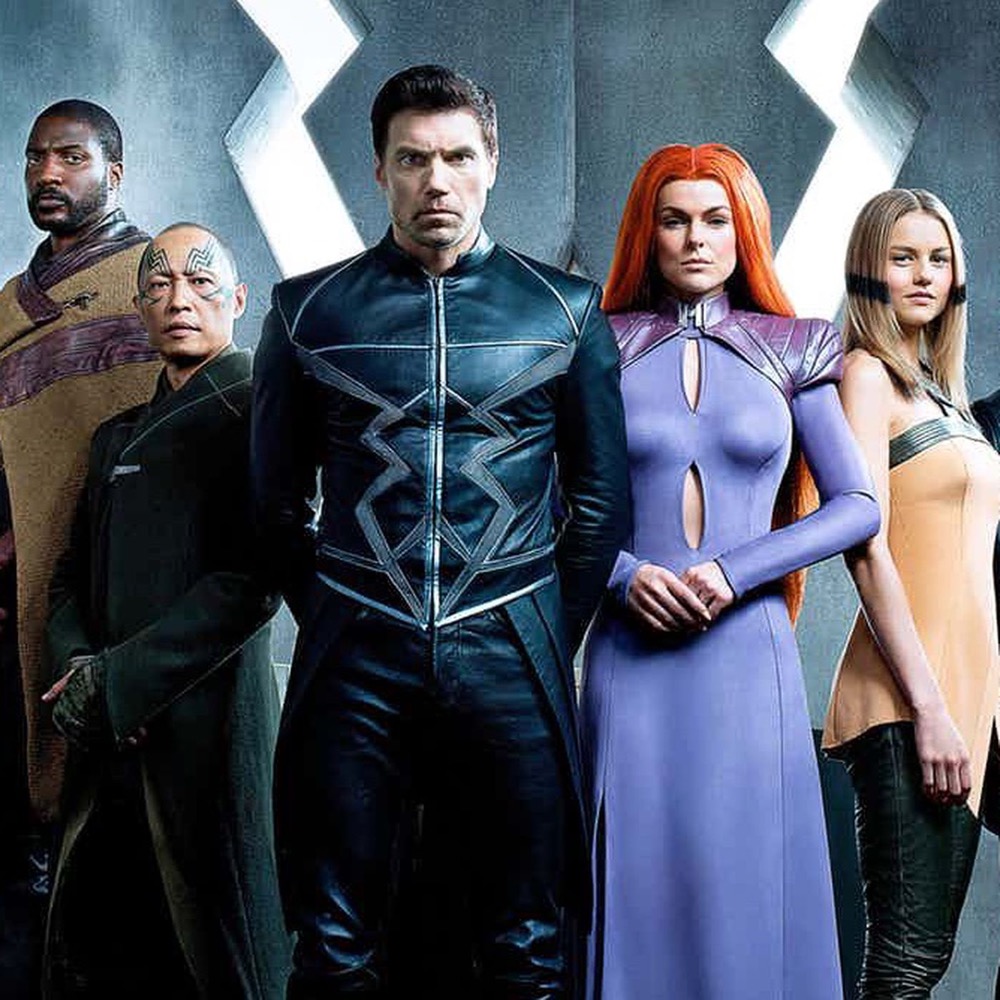 After watching a few episodes, I don’t entirely hate “The Inhumans” but it’s definitely somewhat irritating. I sort of want to see how the events turn out because I am slightly enjoying the story overall, but I hate that I have to continue watching to see. Lol. I know that doesn’t make a lot of sense, so I guess I’m on the fence about this show.

I think the series has decent acting, it has some really bad acting and a touch of overacting. For instance, why does Black Bolt always have that look on his face like he’s about to take a dump or something? I know that they live in a different society, but they interact similarly to the way we do, so why does he always appear confused and constipated when engaging with the humans?

Medusa’s sister is the worse. She’s in a room full of enemies, her teleporting dog shows up, and this is what she says: “Hey lockjaw take me to the exact same location in the same equinox and perpetual time zone that you Medusa, black bolt, my cousins and everyone else!”

Okay, I might be slightly exaggerating her request. But you mean to tell me that when her dog came back, she really couldn’t make a super short request of poor lockjaw to get them the hell out of there? Watch this, “Lockjaw, take us home.” Done! See what I’m saying? That whole scene was so horrible on so many levels. In fairness to her though, she didn’t write her part in that scene. They either took it from the comics, or wrote it themselves. So okay, maybe she isn’t the worst.

My man Blackbolt ends up getting arrested by police, and instead of trying to engage or explain who he is through any means, he proceeds to get a beat down and then gets locked up? I mean, come on now, really? I know you can’t speak without blowing up the world, but you can communicate. Do better bro.

I’m not done with this series, I haven’t given up and I would like to finish it. The show does have potential despite a powerless villain who somehow convinces a bunch of warriors to join him. Sure, they took the cheap route by including a villain who keeps coming back to life every time they get killed. But it is still interesting enough.

However, with the “Snyder Cut of Justice League” dropping, along with the “Falcon and the Winter Soldier,” and now we just started “Behind her eyes” which is weird as heck, Inhumans is taking another break. I watch this show in small increments. LOL. It’s interesting, and I do mini binges, but I guess its not worthy of a full non-stop binge. Make of that what you will my friends. Those are my thoughts.