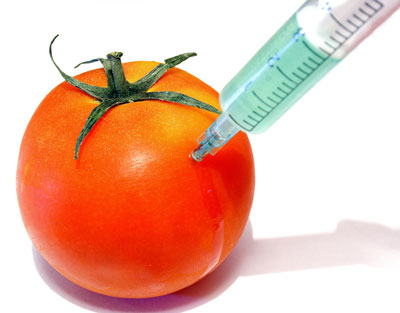 Welcome to my column, Documenting the “Growtest.”

Through this column, I aim to educate readers on genetically modified food (GMOs), discuss the politics and debates surrounding GMOs, and talk about healthy eating, in general. Further, I aim to provide resources for individuals trying to avoid GMOs and document the budding “Grow Foods, Not Lawns” movement in the United States. I will, also, be looking at food rights and food justice, in general, in hopes to bring light to the challenges people in the U.S.A face in accessing healthy and affordable food.

In this article, I will begin by introducing a few of these topics, which will be further developed in weeks to come.

Examples of crops that have been Genetically Modified:

*Roundup is a pesticide created by Monsanto.

There are various biotech companies that have created different types of genetically modified foods. Two of the biggest agri-corporations are Monsanto and Dupont. Monsanto is most famous for creating Agent Orange and DDT, two pesticides that were later found to be highly cancerous.

What’s the big deal with GMOs?

GMOs were released into our food supply sometime in the late 1990s. GMOs were not adequately tested in the United States before they were made available for human consumption. Many people are worried that the high rates of cancer and other medical problems that many Americans are now facing, have been caused by GMOs. The big deal is that GMOs have been approved for human consumption without adequate testing.

There’s no way of really knowing without adequate testing. The Food and Drug Administration (FDA) has approved the sale of many GMO foods stating that the food is genetically close enough to the original crop. It is important to know that about 20 other countries have banned or severely limited GMO foods.

Studies in Italy with lab mice eating GMO feed found that the mice developed very large tumors. The mice that did not eat GMO foods did not develop any tumors.

Do I eat GMOs?

If you eat at fast food joints, ingest pre-packaged food in supermarkets, or eat anything NOT labeled organic, there’s a huge chance that, YES, you are eating genetically modified food. Right now, the U.S.A. does not require the labeling of GMOs.

Should GMOs be labeled?

Yes, I believe that GMOs should be labeled. They are labeled in many other countries, including Brazil, Russia, Colombia, Chile, Australia, the European Union and Japan. Consumers should have the right to choose whether or not they want to eat food that has been tampered with scientifically.

How can I avoid GMOs?

Because GMOs are not labeled in the USA, we have three main options to avoid them.

Next week, I will be discussing the history behind the creation of genetically modified food.