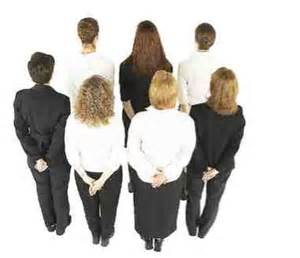 This is a topic that I have personally experienced several times. I believe that speaking another language is rude when around someone who cannot understand that language!

What are your thoughts on this scenario? Speaking a different language when you know someone doesn’t understand? This used to happen to me all the time when I started dating my wife. Her friends would all speak in Chinese and disregard me. Then she’d be regularly translating what they were saying to me. I remember how frustrating it was. I told her, don’t worry about translating, they speak English, if they want to talk to me, they can talk to me directly. Basically, I stopped ever doing anything with that group, I don’t spend my free time with rude people.

Now, allow me to paint a picture of this type of thing happening in a professional setting. Say you are engaged in a conversation with someone, then another person he knows arrives, speaks to them in another language, and doesn’t even acknowledge you. The original person you were speaking with replies in said language, and then they branch off into another conversation?

This happened to me, and I just stood there for a moment to see if this rude jerk would realize the error of his ways. But no, either he didn’t notice, or he simply didn’t give a damn as to whether or not he was being rude to me. Personally, I think he didn’t care, he struck me as an arrogant man who was full of himself. I wonder if that jerk knew who I was? As I don’t want to burn any bridges, I won’t specify any details, but trust me, though I won’t share it, I don’t forget a face.

In any case, once I saw that the original guy was no longer engaging me, I interrupted the other jerk and loudly said “I’ll see you around.” He nodded, I ignored the other jerk and didn’t say anything to him, and then I carried on. Then I met a really nice woman whom I will be featuring on this site separately, Mz. Jazzie’s Decadent Desserts.

I’m always good about keeping the conservation in English when there are other people around, but some people are just jerks. If someone speaks to me in Spanish, I tell them let’s keep it in English so that everyone can participate. If someone refuses to speak in a language that we all share in common, then what can I say? Move on and talk to people who wish to engage, leave the jerks to their thing!

Hey there Angel nice write up there. I also used to get pissed off when someone used to talk another language and even worse when they start laughing and you wish you could understand the joke. And by the way I loved your cover version of Gregory’s “Night Nurse” on smule.
Thanks for the share and keep up the great work.

I feel you. It’s totally rude when people do that!

Thanks, I smule a lot! LOL.

I’ve found that exposure to other cultures and people make me more perceptive to the unique qualities of my own culture and how it has shaped my behaviours. I gain a higher appreciation both for where I’m visiting, but also where I’m from.