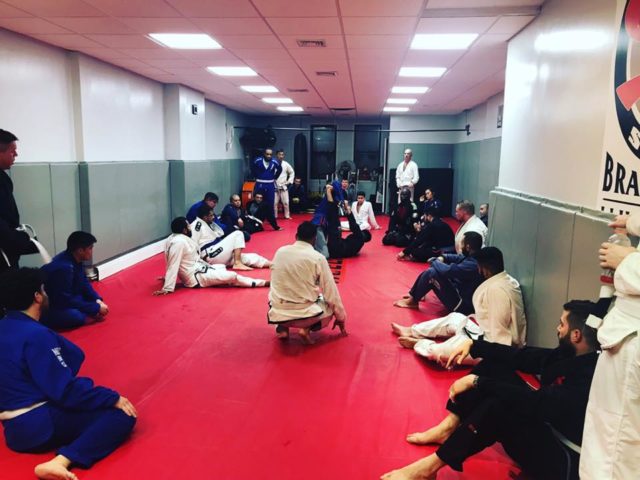 I’m not proud of it, but I’ve been off the mats now for about four weeks. Why is that you ask? What could possibly keep a BJJ practitioner off the mats for so long other than physically having their head detached from their body? Well, allow me to explain a few things to you for context.

First and foremost, yes, I do love BJJ. I really enjoy learning and working with my team. That being said, time flies, I certainly didn’t plan on taking off this long intentionally. That’s just the way it’s worked out.

So yes, I love BJJ, but I don’t love the fact that I get so physically jammed up when I train. I have too many things that are jacked up on my body and I’m not keen to add to that list. Following are a few of the issues that I deal with and work around. I’m not making excuses, I’ve lived with these things now for many years, but the fact is that they are there and I have to deal with them.

It should be stated that my body is physically tighter than most people you’ve probably ever met. Why? I assume from all the years of heavy lifting with little to no stretching. I mean, I can’t even put my shoulders and arms far back enough to do a proper squat on the rack. I can’t reach the damn bar! Now those are some tight shoulders!

In addition to that, my wrists don’t bend up or back very much. I’m not sure if that is due to flexibility, acute, or chronic injury over the years. It really limits my ability to do stuff in BJJ and it’s very frustrating. It has also started to affect my shoulders because of the modifications I have to partake in to base out and do other things. It sucks ya’ll, you have no idea how lucky you are to be able to bend your wrist the right way.

I have a damn bone sticking out of one of my knees. It’s only on one side, when that bone is hit or leaned on, it hurts like hell! Because of that bone sticking out, I always have to wear knee pads to cushion and protect it. The doctors suggested shaving it down to smooth it out. Yeah, I passed on that option.

Not to be outdone, my feet also joined the party of Angel problems. I have what are normally called “duck feet.” My feet flair out drastically, and because of this I can’t close guard well and do some other BJJ things. You should see the positions I have to put my body into to simply cut my toenails! Lack of flexibility plus duck feet make it really hard to get at those pinky toenails.

Anyway, all that being said, I’ve been taking yoga, therapy, and trying to find ways to work around my limitations. I’ve seen some dudes who are just as bad or way worse than me still getting it in, so I know that if I stay focused and determined, I can do it too!

One of the problems, and why I don’t like getting hurt is that if I get hurt, then I can’t teach my classes at the gym and it hurts my other training efforts. I don’t like getting hurt because it not only derails my BJJ training, but it also derails all my other training and my teaching. The same applies to the other things I do, but I don’t get hurt as often teaching Zumba. LOL.

Anyway, so I mentioned before that my shoulders have been compromised cause of my jacked up wrists, and after two painful americana locks, its been feeling compromised even more. So I took some time to let it recover. However, its still bugging me and I think I’m just going to go back in and work around it. I know when I was armbarred really badly it took months to get back to normal. It’s possible that the same is going on here.

I’ll return next week and see how things go. I want to train, but I’m not looking to be out of commission for long periods of time. Thankfully my shoulder pain isn’t to the point I can’t do yoga, lifting and my other forms of cardio training. Though I’ve missed nearly a month of BJJ training, at least I can still get some training in. However, after 13 years off the mats, I know how easy it is to lose the momentum. So I’ll definitely be back next week and reset that “time off” clock. I’m just going to pace myself a little better and tap faster when caught.