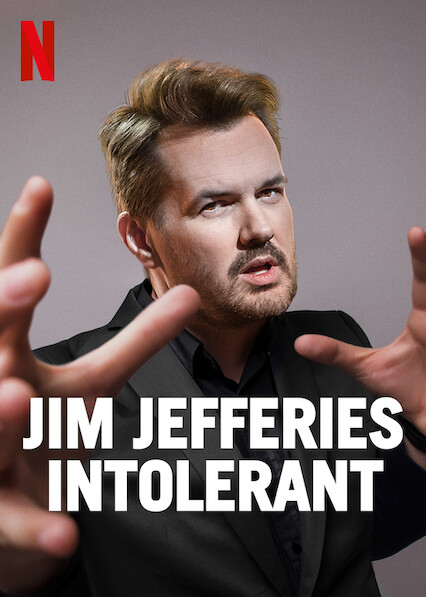 I’m a big fan of Jim Jefferies, I think his style of comedy is pretty damn entertaining.

His new special Intolerant was designed in a way that I found fascinating. So what he is doing is that he is telling you a series of six different stories and then within those top level stories he trails off into other stories that are completely unrelated to the top level story. Then a while after he manages to come back and ties it all together with that very first story.

I think that it is extremely funny, clever and very impressive that this man can tie all these things together as seamlessly as he does. That’s not what the entire comedy special is about and I’m really trying hard not to drop any spoilers or give away any of the jokes, but the sequencing aspect of it, I just thought was brilliant.

I thought it was really cool that he gave Dave Chapelle some props and a shout out. I know that these comedians all know each other and some are friends, but you don’t often see them mentioning each other in their comedy specials. Though they sometimes do it on interviews and stuff like that, never on specials.

This comedy special wasn’t hilarious in the sense that it made me laugh out loud or anything like that. It was entertaining and I found it humorous but he didn’t make me crack up like some other specials.

In fairness to Jefferies though, that isn’t something that happens very often these days. I found some of his other specials were a bit more entertaining than this one, but this was still a good and entertaining show.

If you’re hanging out at home like most of us are, especially here in New York City, then take some time and check out the special. Especially if you are already a fan of Jim Jefferies and his comedy, I think you will enjoy Intolerant.