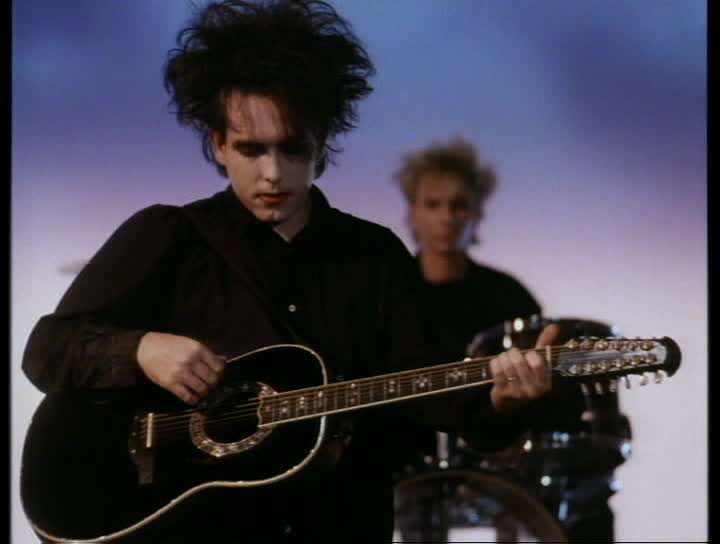 Years ago, it was the Deutsche Bank holiday party at club Exit. We weren’t part of the team that went there, ours was at some hotel. As such we didn’t get invited to this one. I think it was the Global Markets one or something. At the time I used to work for DBTrader in the back office. Still, that did not stop us from sneaking in.

My then girlfriend and I, along with my VP and another colleague went over after our tame and boring hotel party. When we arrived we presented our IDs and they couldn’t find us on the list. I don’t recall how exactly, but my VP engage the security guy and as soon as he turned his back, we dipped and went in. He met us in there shortly thereafter. And yes, I was perfectly willing to sacrifice him at the door to gain entry with my ex girlfriend. She was all that mattered to me that night. LOL.

There was a live band called “The Touch,” and one of the songs they were playing was a cover of The Cure’s “Just like heaven.” I don’t remember much from that night, I was fairly drunk and I’ve watched enough documentaries about memories to understand that much of what I remember may be strongly edited by my hippocampus. Still, I do believe I remember the overall gist and feelings I had that night.

There was a general excitement about the night because we were being “bad” and snuck into the “cool kids” party. I remember the space and the cold air that was being pumped into the club. It was very cool in there, probably cooler than necessary for the number of people there. But it felt good because we were dancing and moving.

I can’t remember too much about my ex from that night, she’s all but faded from my memory. I only remember the feeling of how happy we were together and how good I felt. As mentioned, the song “Just like heaven” was playing and we were dancing with not a single care in the world. Drunk on alcohol, drunk on love, drunk on life, smiling, holding each other, enjoying the moment.

There isn’t a single time where I hear this song and I don’t remember her and that night. In terms of nights out “clubbing,” this night ranks among one of my greatest ever. I certainly had wilder nights, with and without her, but the entirety of this one night clearly stands out to me.

I don’t think that I’ll ever break the association of that song with her and that night. My ex is no longer even a friend and I’ve felt the hurt of her loss for about two decades now. I always wished that we could get past the anger she felt towards me and at least be friends. But it never came to be.

After we split, she went silent and cut me off altogether. She even went so far as to say that I was cyber-stalking her. That really hurt, but that’s the day I knew that I had to stop reaching out to her in any way shape or form.

If my desire to maintain a friendship was being viewed as any form of stalking, then her hatred, anger or whatever she felt was too strong. I stopped reaching out and accepted that if ever we were to be friends again, she’d have to reach out to me.

I still dream of her sometimes and my mind does drift to those days when I am feeling frustrated or troubled in my present love life. I know this is not healthy, but as humans we tend to drift to our perceived happy place when we get upset. I am perfectly aware that the fantasies in my mind, those are not the reality of what was then. I’m sure that I enhance and romanticize them greatly. This knowledge and perspective helps keep me grounded and from losing my shit.