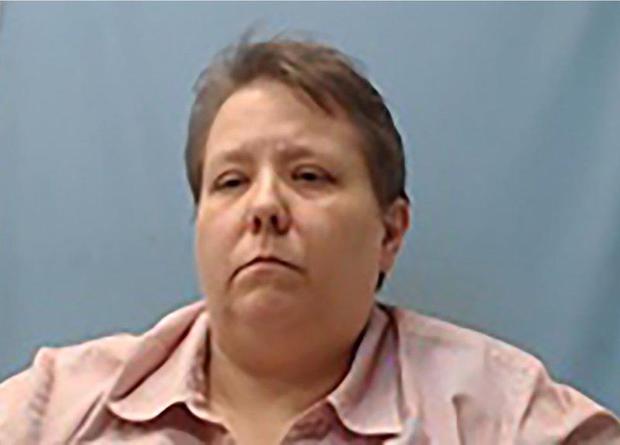 So this porky pig looking bitch seemed to have a problem with four black kids who were in her neighborhood trying to raise funds for their football team.

Why is it that to some people, the mere presence of a black person makes them pull a gun? Why does a civilian think that they have the right to put four kids on the floor face down and detain them until police show up when no crime was committed? Who does this damn wench think she is?

Now get this, when the police showed up, she had the nerve to continue berating the kids. She said “This is your life you are playing with.” What the fuck is that about? They are outside going door to door, raising funds, and this somehow endangers their life? Simply existing puts them in a place where you feel you have the right to warn them that they are playing with their lives? Simply for participating in a fund raiser?

This is how demented Jerri Kelly is, and though she was arrested for a host of charges including false imprisonment and endangering children, they didn’t even bother taking a mugshot of her at first. Oh, right, I guess I should mention that her husband is one of the jail administrators. As it stands she is out on $10,000 bond and I suppose she will be in court soon.

I can’t believe the nerve of this woman. How entitled she must feel to try and tell these kids how to live, to demand that they look at her in the eyes, and to try and force them to shake her hand.

Look folks, she didn’t physically hurt them, thankfully. So I’m going to go easy on jail time, but she should definitely be held responsible in some way. At a minimum, she should lose her right to own a firearm, she has already demonstrated that she is incapable of safely owning a gun. The kids were not hurt, but what if one of them sneezed? Would she have panicked and squeezed of a head shot? They should never be in that situation because some idiot gun owner was scared of them. Those kids should all consider filing a civil lawsuit for the trauma that they have experienced. Having a gun pointed at you is a terrifying experience. She should not be able to do that to anyone ever again!