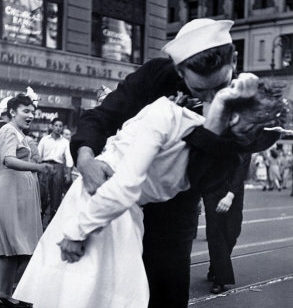 Separated by time and distance, yet it appeared that all remained. You see, they met in secret at the cafe. Even after so long they spoke as if not a moment had passed. He thought to himself, this happens sometimes, doesn’t it? Little did he know that they would soon share a kiss at the cafe.

His insides were buzzing with excitement. His mind raced with thought upon thought about what was, what could have been, and what is. Then the regret set in, realizing what he had then, and unsure why they let it go. Confusion and frustration.

At the present time, he could not comprehend why he felt as he did. It was not logical, it didn’t make sense. But then again, when does the heart actually follow a logical path?

The thing is, she has these beautiful eyes which captivated him, they seduced him, and broke pass all of his defenses. He was completely vulnerable with her, and he does not hold anything back.

He could not stop looking at her, he was completely mesmerized by her beauty. He asked her, “May I have this dance?” She blushed, smiled, and rose to meet him. The soft song played as he looked at her.

That’s when he gently touched her face, he pulled her in close and held her tight. He held her in his arms, and began to slowly sway to the song. He was gentle, yet powerful. He felt the warmth from her body, and his breath became heavier. His heart began to race and his body responded to her skin.

He took a deep breath and pulled her scent into his body. He wanted her essence inside of him, he wanted her to penetrate his cells and become one with his being. They continued to dance as he turned his face and let his lips gently brush her neck. His heart and mind were racing with passion. He wondered how she felt about this, what was happening to her at that precise moment? Was her body responding to him? He lightly kissed her neck.

Completely unaware of what would happen, he kissed her a little longer. He let his lips linger on her neck, and softly licked with his tongue. Hmm, tasting her body felt so sensual. She began to turn her head towards him, and he kissed her face. As her eyes became visible, he was lost in love. His mind was overcome with desire and hunger. They gazed into one another’s eyes, and their lips met. They kissed softly at first, then the kiss became deeper and more passionate.

As they kissed, he breathed in her warm breath. He tasted her mouth, took her into him, and savored this magical moment. His senses were being overloaded, he pulled her in closer. He wanted her so badly, if not for the fact that they stood in a cafe, there is no doubt that they would have entirely melted into one another.

After the kiss, they smiled at one another, and he told her, you will always have that special place in my soul.

Then he woke up and she was gone. With a heavy heart, he faced another day.