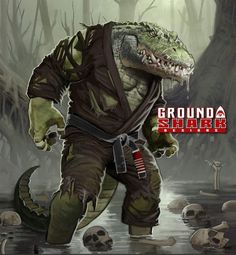 I know some people who are training BJJ and want to learn some really wild, advanced stuff. I think that’s cool if you are capable and have an understanding of the basics.

Personally, I don’t care about fancy guards, postures and all that crazy acrobatic stuff. Not at this point anyway, maybe I will in the future. But for now, I’m a fat, old, jacked up, nonathletic dude. I’m just interested in working some solid fundamentals. I know how to do an armbar, but I don’t feel like I really “know” how to do an armbar. I’ll say the same for many at my level, because if we did, then we wouldn’t be able to escape each other’s armbar attempts so easily.

Think about it, when our professor or some other higher belt get us in an armbar, we are done for. They are executing the same technique, the same move, but why is it that when they perform the same exact movement we are screwed? You can see it coming, but you can’t stop it! Why? Cause they actually “know” how to do an armbar. They know how to move their hips, how to trap the arm, how to shift their weight and so on.

We don’t know these minor details that make all the difference and that’s why I want to practice them more! If you mess up and give me your arm, I want you to feel like you are done for.

That’s what I’m interested in. Really, really, learning those core, basic fundamentals. I mean on the damn molecular level. I want to drill them so much that I don’t even have to think about it. The thing is that you don’t get a person to really practice the little nuances with over and over again at will.

I think that the high level guys have become that way through repetition and this thing becoming natural. When I roll, you can still see the wheels turning, you’ll see me hesitate and think about where to go. I want to develop my instincts so that there is little to no thought just feeling and flowing. I want to recognize the positions instinctively, and for that I need to drill them more. I want to perfect those basic moves like the armbar, triangle and some chokes.

Granted, I’m sure I’m a slower learner, like I said before, I’m an old, jacked up dude. But I’m willing to put the work in at my own pace and learn. I want to grow and improve while still keeping my body in tact.

I have good coaches who are teaching me, but I don’t think I get enough mat time and practice to make the movements instinctive. I wish I could be in there with those guys everyday, but truth be told, I physically can’t handle training everyday. I thought I could, but my body can’t handle that as of now. As it stands now, I have a hurt shoulder, neck, calf and one of my injured wrists has been killing me. I’ve been thinking about getting one of those BJJ dummies to practice the movements and supplement my training at my own pace and time.

I know that the only way to get better is to train, but there are times I’d like to train and practice while I’m not at the school. There are drills and movements that I can practice on my own.

Since at the moment my son won’t drill with me, and my wife ain’t down for this, I might get one of those grappling dummies and practice on my own just for the sheer repetition aspect of it.

What do you folks think? Is this worth it? Is this a good idea or strategy? What are your thoughts on this?

Here is what Chewy has to say about grappling dummies. After watching this video, I’m inclined to agree.