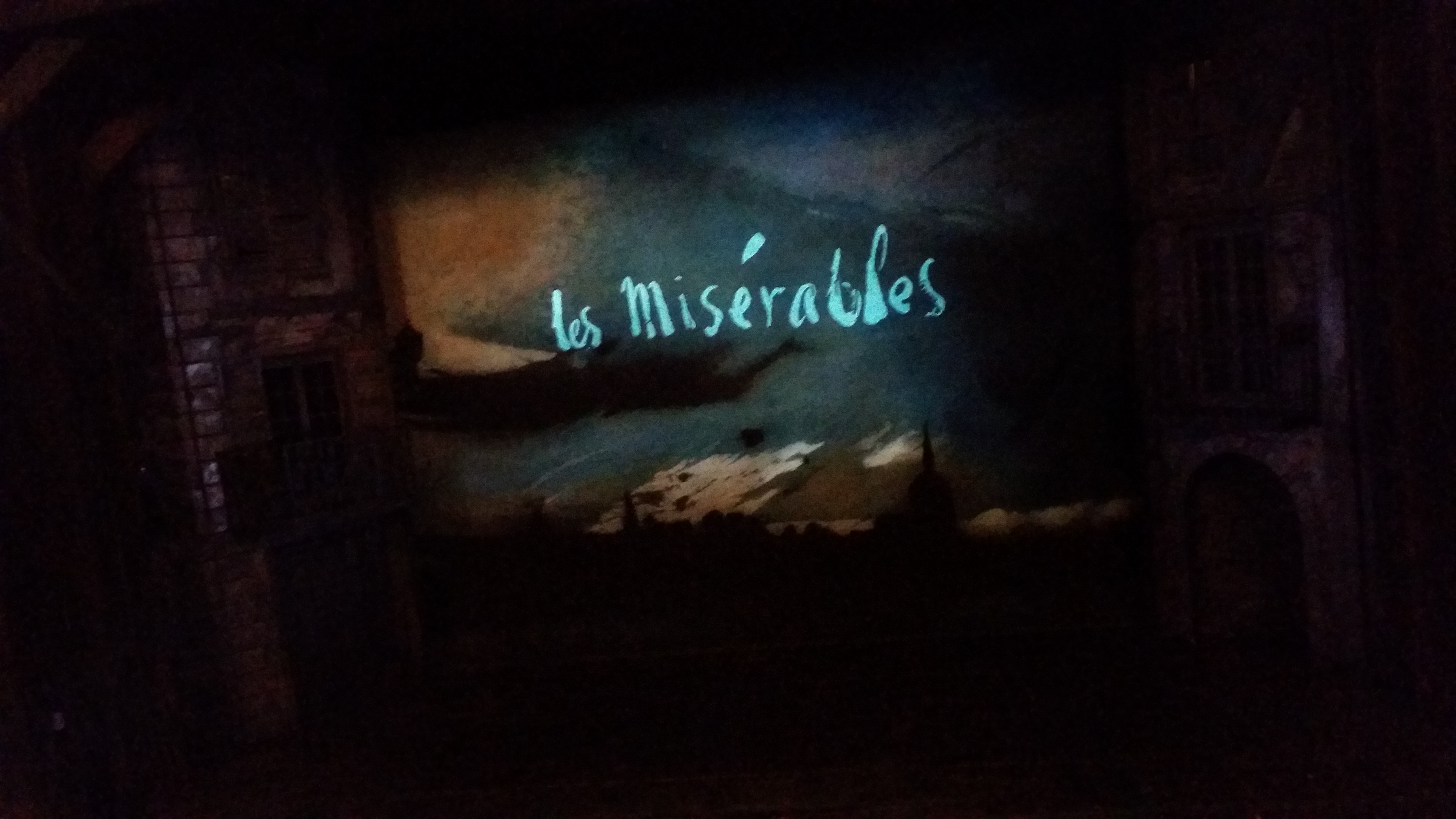 I’ve never much cared for this show, but it was on my “to watch” list solely by default. It was too big not to watch. However, when it was taken off Broadway, I figured that I’d never get to see it in the theatre. So I decided to check out the movie. Within two minutes, I lost interest and wrote the show off for good.

My wife has always wanted me to watch this show, so now that is back on Broadway; she decided to take me for my birthday. Honestly, after the movie preview, I wasn’t all that excited to see this show. You can’t tell that to your wife though, you have to be all smiles and be grateful.

Have I ever been more wrong about a show in my life?

This show is amazing. It’s not a show; it’s an experience! You will laugh. You will cry. You will feel afraid, angry, and every other emotion you can possibly imagine. The production is huge in every way you can imagine, from the singing, to the acting, to the props, and the imagery the story evokes.

One thing they do, that was not following protocol is that these guys kill off people who should not die. From the very beginning, you lose sight of reality! You meet people that are supposed to live happily ever after, but then they die. Dude, why are you killing these people? I was very upset and emotionally distraught when I left this show. I mean they manage to kill everyone, well nearly everyone. Lol.

Seriously, they kill everyone. Damn man, why?

I could continue asking this line of question, but I think you get the point. There is a lot going on in this musical. The main plot revolves around a man who is trying to avoid the police chief which has a serious problem with him. All the while, he takes on raising the daughter of a woman who was under his employ. See this ex-con went on to become the mayor of his town and very rich. At the same time, a young man who falls in love with his daughter is involved in a revolution against the British. Oh, and the guy doesn’t know that his best friend is in love with him.

And then, everyone is dead!

Lol, obviously I’m exaggerating a little, but not that much. Even though I was biased against this show, it quickly catapulted itself to one of the best shows I’ve ever seen. I’m not totally crazy about the entire dialog being sung; I can’t make out everything that is said, but that’s what they do at musicals. Haha.

If you like musicals, hell, even if you don’t, this is a great one to start with. The artists are amazingly talented. The songs were nice, and the theater was comfortable enough. Check it out before it goes away again. Highly recommended.

After reading this review, you may wonder why I go 4.5 instead of 5 stars. The reason is because I didn’t leave here singing the songs like I did Rent, or the Phantom of the Opera. The songs were great, don’t get me wrong, but they are not something that would make it to my ipod. That’s why I take the half star. It’s a fantastic show, and don’t let that bias you. Believe me, you’ll love it.