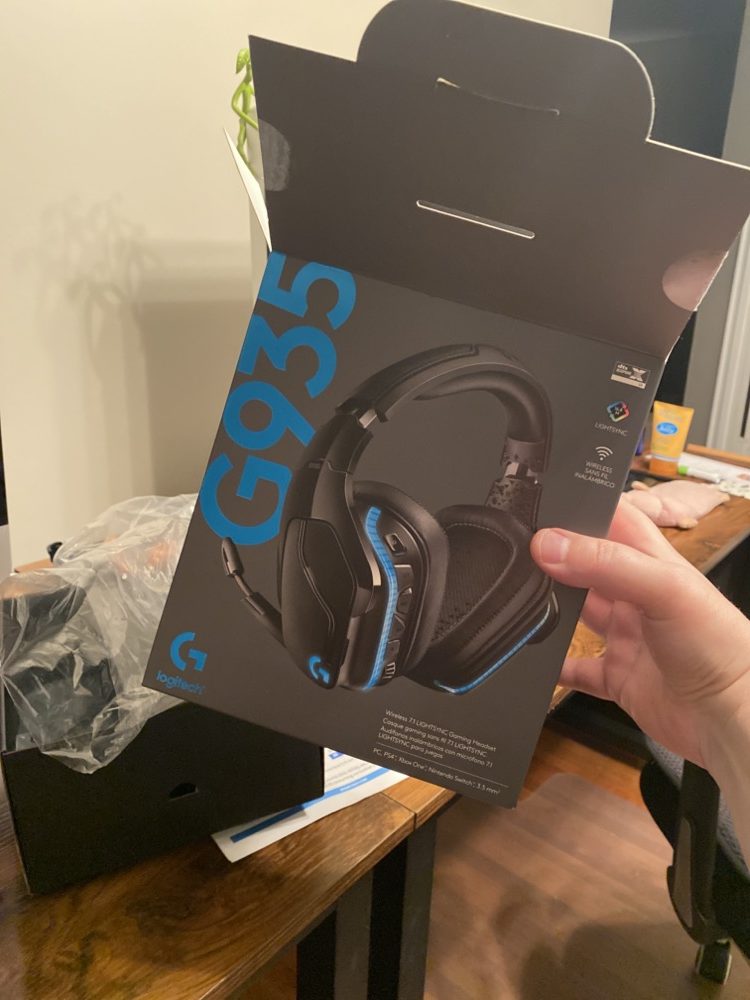 Recently I posted about the logitech G432 wired headset. So I bought about 10 wired headsets and 10 wireless headsets. Since we reviewed the wired logitech, I figured the next logical step would be to cover the wireless one.

So as I kept switching headsets, I let the people that I was playing with know that I was testing a bunch of headsets. Right off the bat as I detailed my process, one of the guys said that the mic on Corsair (previous test) sounded way better than the one I was using now. So I took note of that, the mic didn’t impress my opponents or teammates.

I think that the audio sounded better than the other one, but it was still just okay. It didn’t blow my mind in that department. It sounded smaller to me than I’d expect if that makes sense? These are pretty big headphones so I expect some bass and depth.

In terms of how it felt comfort wise, I think it was so so. It didn’t hurt or tire out my ears much. I do like how they embed the dongle into the actual headset, that’s kind of dope and the setup for this headset was super easy.

Honestly, I don’t think this headset sucks, but the competition was stiff, so to be the one true headset for the Prime, you had to stand out well above the others. This one was “okay,” but this is the one that stood out the most!

There are over 2,000 MS-DOS games now available here for free, for your retro gaming pleasure and enjoyment! You are welcome! By Read more

It’s should come as no surprise that I love my tech gadgets. I worked as a tech for over 18 years! Read more

Next Generation in Technology – Feel It Real