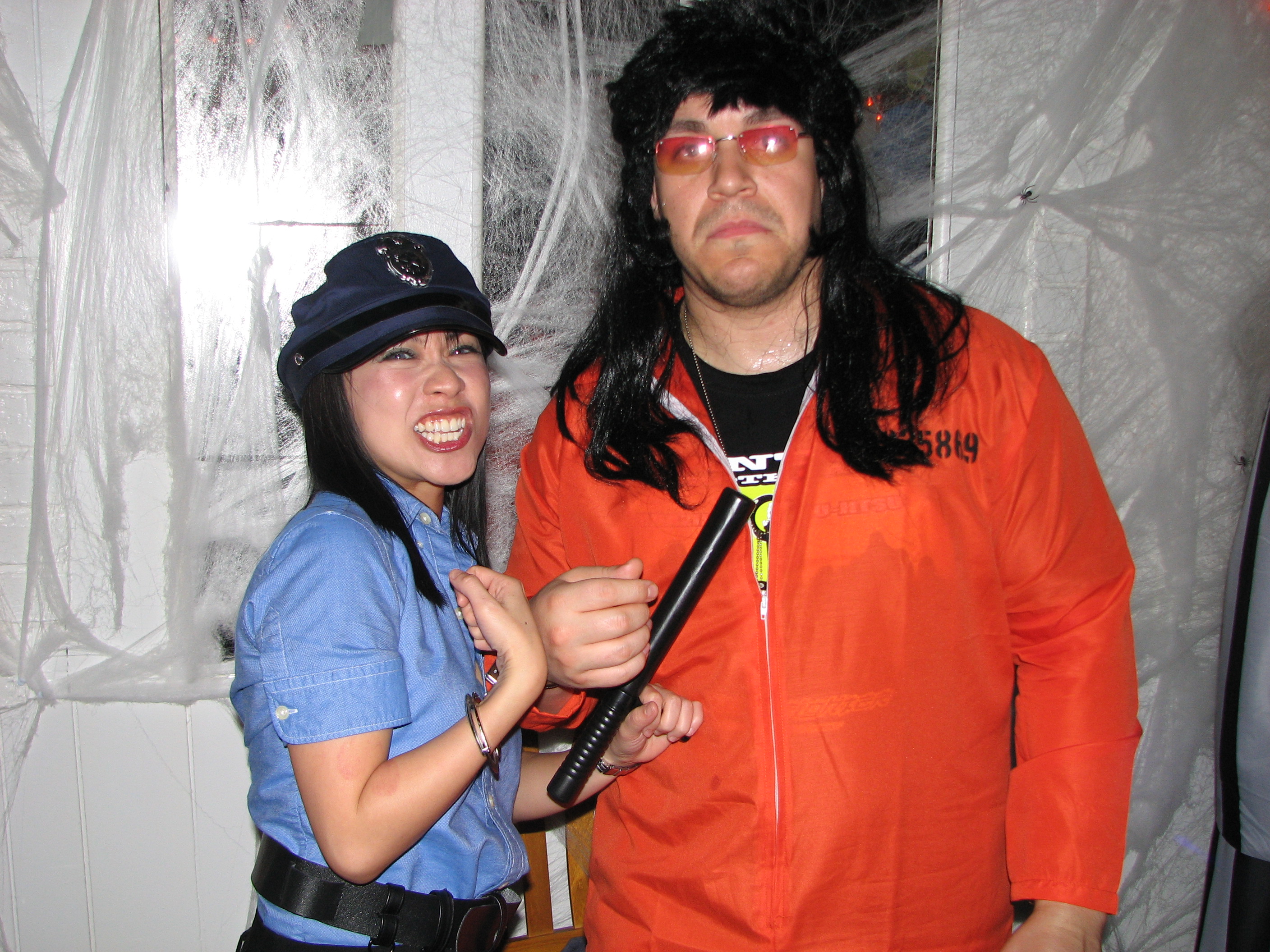 So there I was, in the vast expanse of the prison’s underground. It was the size of a football field, wet, dark, and dirty. A few of us were trying to figure out how these guys escaped the cells, but we were certain that they would come out through here in order to exit the prison complex. This was their only way out, and we were ready. I’m not exactly sure how it happened, but somehow they slipped past us. They were both sitting inside our cars and preparing to take off.

One of them was an older Korean man, the other was a middle aged white man. We pointed our rifles at them and instructed them to step away from the vehicles or we would open fire. They were calm, smiling, they hesitated in getting out, but ultimately obeyed our orders. They sat down on these two chairs. I’m not sure how or why, but somehow there were to razor blades next to them, it appears one was just used, and a tiny piece of it remained behind, the other seemed to be completely in tact. I’m not sure why I noticed this, or why they were there.

I kept my gun pointed at them, and told them to get down on the ground. The middle aged white man complied, but the older Korean man was struggling, whether genuine or fake, I do not know. However, he couldn’t get down. I believed he was being truthful in his struggle, and I told him fine, don’t worry about it, just sit back down on the chair. I told them to keep their hands where I could see them. He looked at his partner, as if he were up to something and his eyes glowed. I came closer to him, and I handcuffed one of his hands awkwardly.

The next thing I knew, with such speed that was unbelievable for this man who apparently couldn’t even go down to the floor, he was cutting me with one of the razor blades. I don’t know when or how he got it, but he slashed my face, my wrists, and now he had me in a powerful choke as he continued to cut me. The white man now had the other razor blade on my neck and he was slowly cutting my throat. He was screaming at the remaining guards to back off, I was screaming at them to shoot them!

KILL THEM YOU IDIOTS! THEY ARE GOING TO KILL ME!

The damn guards hesitated, why the hell didn’t they shoot these criminals? I looked around at this madness, and it appeared as though the criminals were getting help from someone else, one of the guards was dead. The white man began to cut deeper into the side of my throat, I began to lose strength and began fading.