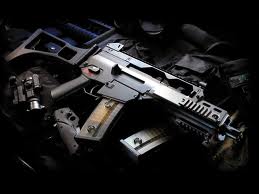 I live in NYC, in this city you can own a gun, after going through a very difficult process. The process includes a hefty price tag, an exhaustive background check, and of course permits which must be renewed rather often. In fact, I just renewed my handgun, and shotgun/rifle permits. The handgun permit costs a hell of a lot more than the long gun permit, and it is a much more painful process. However, you cannot carry your gun in the street, and are only allowed to take it from the home to the range, and it must be properly secured. It must have a trigger guard, a lock box, and the ammo needs to be carried separately. Failure to do so could land you in prison for a long time.

I have said at times, that it would be hilarious to get robbed by a criminal with a gun, for your gun in this city. Why, well because it is in essence a lump of steel by the time you are done securing it! It’s not a gun, just metal.

Maine, and a few other states aren’t having that. They don’t use permits, and they allow what is called constitutional carry. They take a very different approach and say that the constitution’s second amendment is your permit. Basically, anyone over 21 who is not prohibited from owning a firearm will be able to carry a concealed weapon in Maine.

I’m a progun guy, and I believe we should be able to own firearms. However, this type of practice where they are so easily allowing people to get access to conceal a lethal firearm concerns me. The fact that you are over 21 years of age doesn’t tell me a damn thing about  your state of mind, temperament, and over all mental health. Even as a progun guy, I find this rather laxed approach troublesome. There should be at a minimum some form of mental health check to ensure that the person is not cray cray!

I think that when it comes to gun rights in this country, people are either too far left, or too far right. How about we come to an agreement and meet somewhere in the middle? Otherwise we will always continue to live in extremes. One extreme is a nearly total elimination of your rights as we have in NYC, the other is a place like Maine where these people can simply just get and carry a gun without any permits whatsoever. Both are wrong in my opinion.