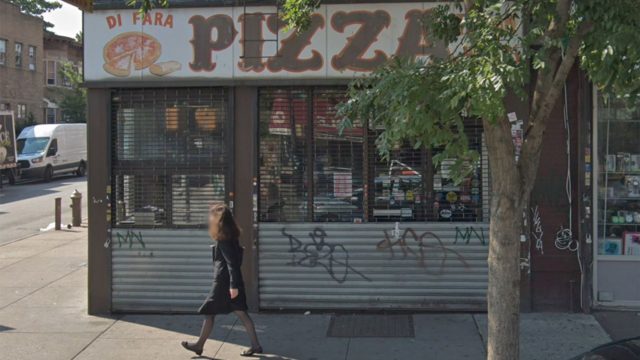 So Deblasio seems to have a very highly vested interest in Di Fara Pizza. For those of you who are not aware, our fearless Mayor has taken to twitter to state that he would do whatever he could to get the pizza shop opened up again. Di Fara was shut down because they owe nearly $200,000 in back taxes.

I’ve never eaten their pizza, to be honest, I would like to try it. I do run a review website after all. That being said, if they are not paying their taxes then why should they get any special treatment? Governor Cuomo has gone on record stating that Deblasio has no power to forgive a tax debt, so unless he plans to fork over $200,000 himself, that there isn’t much he can do.

I picked up this story because with all the things happening in this country and particularly this city, I find it rather funny that our Mayor, when he’s not busy running around trying to campaign for president of the United States instead takes up arms on the topic of a pizza shop. Never mind that there are so many other problems in this city like homelessness and crime. No, the hill to die on is the hill of his favorite pizza shop.

Today I wondered allowed how it was that Deblasio became our Mayor, and some poll workers who happened to be around told me that there was extremely low voter turnout, as such, it was easy for him to win again. I suppose that most people believed that he’d win regardless, so why bother?

Anyway, that’s our leader folks, a man who cares more about pizza than the city he’s being paid lots of money to run.