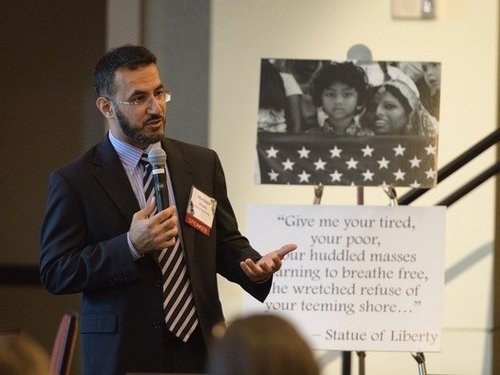 Yesterday I put up a post about a veteran who was kicked out of a campground with his wife and dog because they didn’t belong there. Getting kicked out of private properties is nothing new, we’ve all experienced it at some point or another. However, when it is an old white woman kicking out a black family (AT GUN POINT) then one can’t help but wonder why this happened? Me thinks its possibly related to race?

Of course, now you are thinking I’m just pulling the race card, right? But bare in mind that these folks posed no threat to this woman, she just rolled up with her firearm on the ready and though she got fired for this, as far as I know she’s still a free woman. Let’s see someone who’s black pull a gun and see what happens! Much of the time they don’t even have a gun and they get shot dead because someone thought their wallet was a gun. Yet this woman is all goody. But it’s got nothing to do with race, I’m just a race baiter, right? Sure!

You’ll remember sometime ago I wrote a piece for the Huffington Post where I spoke about the racism I encountered while IN UNIFORM in Wichita Falls, Texas. They didn’t really like “my kind” in their tattoo parlors! And get this, I’m a light skinned Puerto Rican! Imagine if I was a darker skinned Puerto Rican at that tattoo parlor! Lord have mercy!

This brings us to the man I want you to meet today, the MuslimMarine, a man by the name of Mansoor Shams who is a Marine Corps Veteran and also happens to be Muslim. He penned a heartfelt article on Newsweek about a conversation he had with his American born son and the derogatory terms he’s been called as a young Muslim. Racists don’t care what shade of brown you are. If you are brown, you just ain’t down!

I still have right wing friends on my social media feeds from my days as a right wing columnist. Everyday I see their anti-Muslim posts. Disgusting, xenophobic and bigoted posts that really show their disdain for this group. I keep them on my social media because I don’t believe in blocking everyone who disagrees with you. I like to be able to see what the other side is doing. It’s the best way to counter and defeat your opponent.

The MuslimMarine has taken a similar approach by going to bible belt territories and engaging with people who generally hate Muslims. Since he’s a Marine veteran, they are a little more receptive to his message. Sure, it shouldn’t matter whether or not he’s a veteran, after all he is a human like you and I. However, if his prior service helps make other Muslims safer, and it gets those ignorant racists to see that Muslims are Americans too, then why the heck not leverage their love for the uniform? Sometimes you need to speak the language of the enemy.