Home / Growing Up Bronx / My encounters with the police 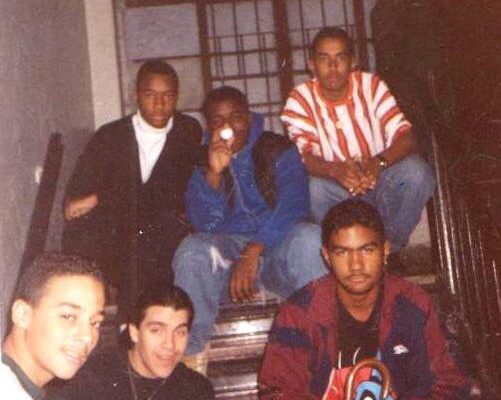 Here are a few times that I had not so pleasant encounters with law enforcement.

Cops rushed me on the block

I was sitting outside with a bunch of my friends. Out of nowhere, an unmarked police vehicles pulls up, everyone scatters running. As I knew that they weren’t there for me, I saw no need to run and just stood there observing as everyone dipped.

They found nothing, mushed me, told me to stay out of trouble, returned to their vehicles and drove off. After that, all my friends who had scattered came out and started laughing at me. Some of them even grabbed me and threw me against the wall. “You got any weapons on you boy?”

Cops accussed me of being a drug dealer

I was on the way home from school. I was a college kid at this point and I dressed fairly professional. On the way back I ran into some of my buddies and stopped at the corner to chat with them. Out of nowhere, you hear the siren and by this point I knew that whether or not I was involved with anything, I was about to end up facing the wall.

That’s exactly how it went down. My friends and I were against the wall, and they paid special attention to the white boy wearing a tie. In their eyes, I didn’t belong. So they pulled me aside and asked me all kinds of questions. One of them suggested that I was there delivering drugs for the local thugs to deliver. I told them that I lived here and that I was dressed this way as I am coming home from school. These are my friends and none of us are drug dealers.

Upon seeing my college I.D, they said I was free to go, but they left me with these words, “You should not be standing out on the corner like this, it gives us the wrong impression. Get out of here before I change my mind.”

I was involved in a gang fight. The enemy faction outnumbered us after a quick scuffle, so we ran for the subway. I jumped the turn style, a cop came out from the little hiding room and said “Don’t run boy.” He took me and a friend into the back room and was asking his partner if he should arrest us.

After some back and forth and because I cooperated with him, he ended up just giving me a ticket. Before he let us go, he saw that the enemy faction caught up with the remainder of my friends, he said, “Hey, a bunch of n*ggers are about to beat up your sp*c friends. You want to go help them?” I asked, aren’t you going to stop it before it escalates? No, we let the animals kill themselves, then we arrest the winners of the fight.

At that point, one of them pulled out a gun, that’s when the cops ran out screaming “Police, freeze..” Everyone scattered and my friends didn’t get shot. All things considered, I was lucky to get away with just a ticket and they were lucky they didn’t get blasted.

Cop attacked me for being near their cars

I was walking home and passed by the precinct that had been built near my block. A cop ran out and grabbed me, he threw me up against a car and asked me, “Do you have any tools on you? Anything you can poke me with?” I responded that I did not, I was just walking home. “Do you want to go in the precinct?” No, why would I want to do that? This guy was itching to kick my ass and looking for a reason. “You have a lot of pockets, you sure you aren’t here stealing car parts?” Near a precinct officer? He looked at me like he wanted to slap me and told me to get the hell away from their cars.

My friends and I were driving to eat somewhere together. We got pulled over cause of a small traffic infraction. The cops were not overly aggressive and overall treated us with respect, except for one guy. For some reason he came to the back where I was sitting and kept flashing his flashlight in my face. I made eye contact and I nodded at him.

For some reason, he must have felt his ego was being challenged or something cause he kept simply staring at me, shooting daggers from his eyes. Nothing was said, but the tension was in the air. His partner came over and kind of dragged him away, but that jerk kept staring at me the whole time. For some reason, he wanted to cause me trouble. After they left, my friends were like, “What the hell was that Angel, that guy had it out for you big time. We are lucky his partner pulled him away.” I replied that I noticed and wasn’t sure what the deal was, we shrugged and then carried on with our day.

I’ve been fortunate that most of my encounters with police have never escalated. Not everyone is that fortunate though, we see it everyday in the news. These were a few scenarios where had I not played my cards right or had said/done the wrong thing it could have gone bad for me. I’m sure that many factors contributed to these outcomes, including my light complexion. Yeah, I do recognize my light skin privilege. But, I’m also sure that it doesn’t hurt me that whenever I deal with the police I am extremely respectful with them. Even when I know they are wrong and I am feeling angry, I have always kept my cool as I don’t think I could win that battle.