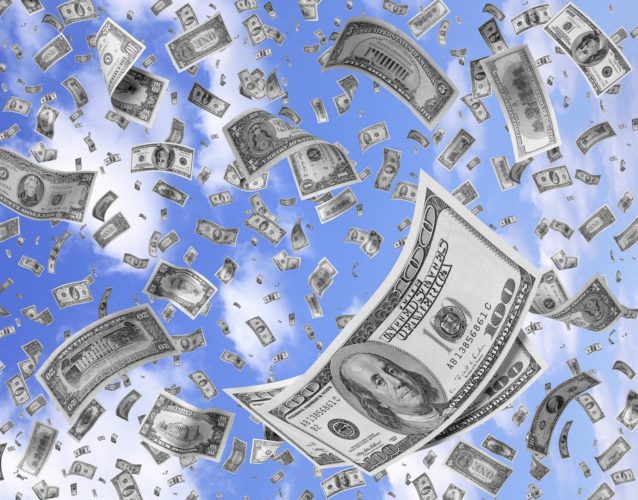 Long ago, I learned something. You never lend money to anyone. If you have enough cash to part with, you gift it to them. What I mean is that you give it to them with no expectation or requirement that they’ll owe you or pay you back. It’s not a loan, it’s a gift.

I learned that lending money can break friendships and put a strain on family relationships too. Money is some nasty business and it creates an unpleasant dynamic that I want no part of. Throughout my life, even to my own detriment, I’ve always been very generous when it comes to money and helping those in need. This isn’t because I’m wealthy, but because I know how much it sucks to be without any money.

I remember being in a particular situation once where I didn’t even have enough money for a metro card until my next paycheck. Admittedly this was due to my own irresponsible behavior. I’ll admit that. I just partied and spent too much money out in the clubs.

The folks I reached out to for a little support belittled me and made me feel like a worthless piece of shit. I never ask anyone for anything and I really didn’t think they’d make such a fuss over whatever the cost of an unlimited metrocard was at the time.

I assume they were giving me “tough love” and trying to instill a better sense of responsibility in me, but in hindsight, I think they were just being sanctimonious holier than thou pricks. They could have just said no or yes, and then just shut the fuck up. All that extra shit they gave me was totally unnecessary. “How’d you let yourself reach a zero balance, Angel? What the hell is wrong with you?” And on it went. When I think about it now, it kind of pisses me off, the way they spoke to me. Fuck those guys.

I didn’t like how that felt and I told myself that this would never happen to me again due to irresponsible behavior. Also, I noted to myself that I’d never make anyone feel the way that I did that day. One of my friends said he never gives anyone money, no matter what. That’s his choice, but my view is simple, $20 will not break the bank and that little bit of cash could make a tremendous impact on someone’s life.

When you leave this earth, you can’t take it with you. I know it is our job to leave our family money and to look out for “ours,” but being generous feels really great. If you have the extra cash, save your friendship, do not lend anyone money, just give it to them. It feels good to be generous, but it feels even better to not have that dark cloud of “He owes me money” floating over both of you.