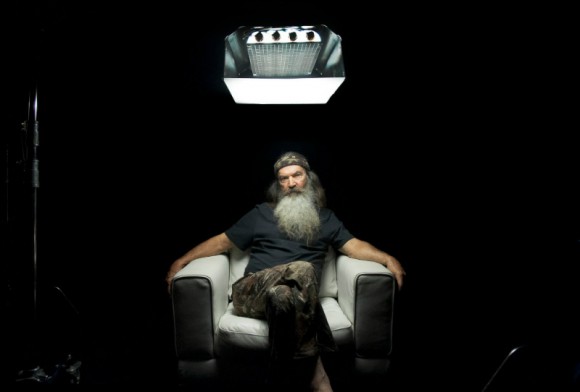 At this point in time, whether you are actively involved in the effort or not, you have heard about the fiasco that is going on between Duck Dynasty Patriarch Phil Robertson and the television network A&E. Never mind the wars and that our young men and women are in danger, never mind the fact that an Indian diplomat was arrested for paying slave wages and visa fraud, never mind that Coast Guard serviceman Travis Obendorf died from injuries he sustained while conducting a major rescue effort in Alaska (Rest in peace, my brother), what matters here, what’s important, is what Phil Robertson said and how the network handles it. Right? Whatever, yo.

In a nutshell, just in case you live under a rock, Phil made some comments on a magazine that were viewed as anti-gay and wack, then GLAAD got mad, so Phil got canned. Freedom of speech came into play, talk of God and the Christian way, while some defended the gay, some demanded Phil stay, A&E won’t jump on that grenade, so they spoke and laid their claim. Phil was suspended indefinitely. Though not to be played, the family went all like hey, if Papa is out, then we bid you a good day. Word.

Seriously, as a man who lives in the ultra-liberal melting pot that is NYC, I have quite a few gay friends. As a man who has conservative values, I have quite a few Christian friends, not to mention that I, too, grew up as a follower of the faith, though I don’t really practice religion much these days. The bottom line for me is quite simple, look; Phil Robertson has the choice to say and feel as he likes. GLAAD also has the right to say and feel as they like. The network A&E has the right to do as they like. Finally, we the public have the right to do as we like.

Bottom line? The market will decide what happens here. That’s the way it should be. Whatever the ratings were for the Duck Dynasty marathon, whether or not the family continues the show, whether you like the pages, and so on it goes, that will be the determining factor as to the fate of the show and the network. That’s my opinion on the matter, cut and dry.