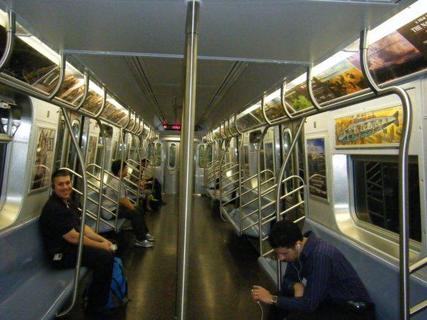 I’ve spoken about this before, sometimes after a long day of work, you’ll see someone dozing off on people on the Subway. Generally, I’m okay with it. I mean, lets be for real, no grown ass adult wants to fall asleep on my shoulder. If they are that tired, then who am I to deny them a pillow?

I saw this happening yesterday. First of all, the space was already fairly tight for a post covid world. But I get it, he was exhausted. Then he continued to nod off and kind of lean on this young girl. He kept doing it over and over, and a few times he mumbled something to her. Though I couldn’t tell what it was.

She was clearly uncomfortable and tried to move as far away from him as she could. Every time she made space, he filled it and said something to her. She frowned and again looked very uncomfortable. I don’t know if she could tell that I was watching this unfold, but she did notice my Hangry shirt.

I was getting a bit annoyed because he kept getting more and more comfortable as she tried to make more space. For a period I was trying to make eye contact with her, but she was pretty good about avoiding that, I don’t blame her. So I had to make a very obvious attempt to get her attention. Once she looked at me, I pointed at her, then at my seat. She nodded, so I got up, she came over and sat where I was at and said thank you.

Upon noticing the movement, the man looked at her for a second, he then looked at me as well. I think he was fairly out of it as I didn’t sense any malice or anger in his reaction. After a moment, he started dozing again. I saw another man staring at me, he was a very large dude, he looked at the girl, at me, then nodded. He understood what just happened.

This man may not have been a threat to her, but he was clearly making her very uncomfortable. I might be okay with people falling out on me, but not everyone feels the same way. I didn’t say anything to him and I didn’t initiate any aggression. I simply made a silent gesture and with that made her ride feel more safe and comfortable.

After a while, the seat next to her opened up. I sat down, leaving plenty of space between us and finished our commutes in peace and silence, not once looking at each other. That’s how it is in NYC.

Episode 86 – The time I stole a can of spray paint