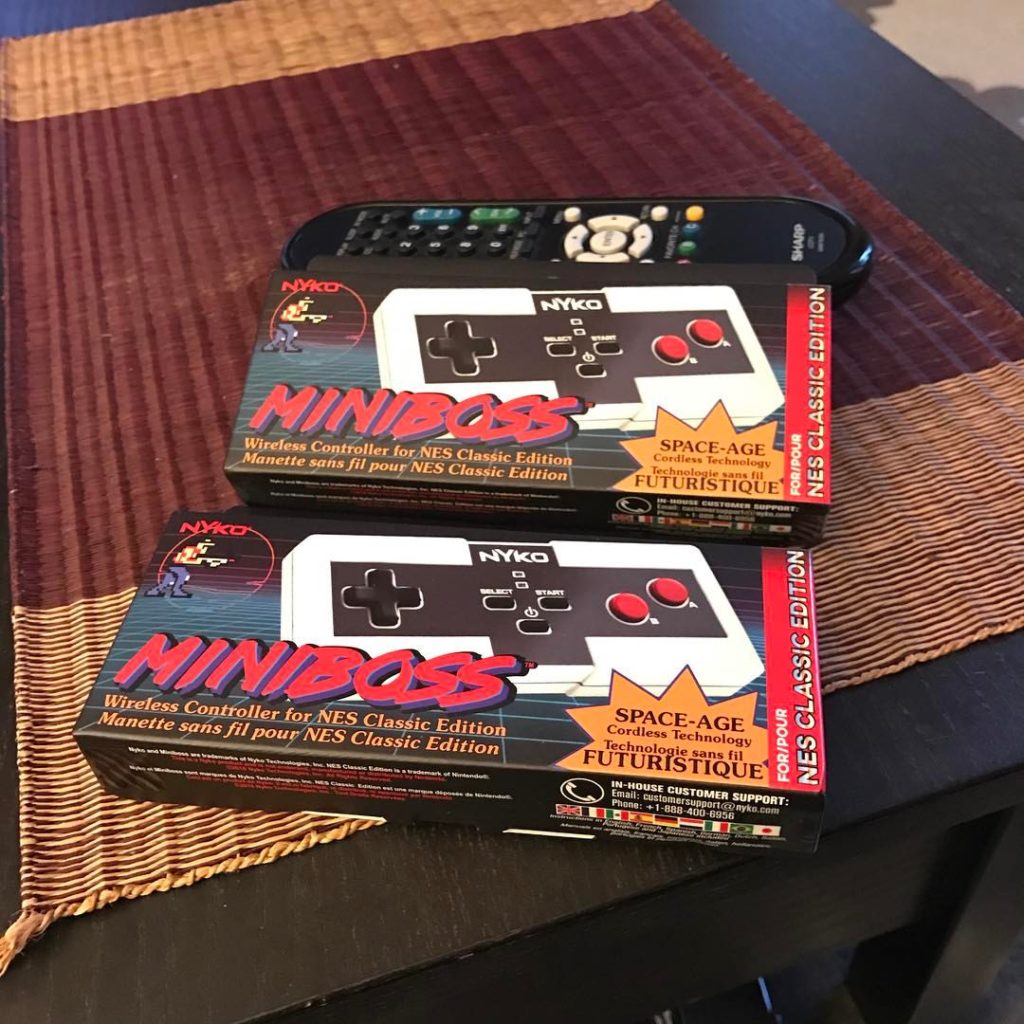 When I purchased my NES Classic Mini, I could not find a second controller to go with it, so while at Gamestop, I purchased the Nyko Miniboss wireless controller.

When buying, I asked the guy if I could return it if it didn’t work. He assured me that it would work, but I know how Gamestop works. Their policy is once you open a new product, you own it and you cannot return it. In this case, I couldn’t even trade it in because it was such a rare proprietary, and relatively cheap product.

Needless to say, I was pissed off, but I should have known better. I knew the policy, yet I still trusted the damn guy. This was on me. So I decided to pursue Nyko for some sort of resolution.

I will say, initially they were really slow to respond, and it took lots of following up, but eventually they did the right thing. Instead of one, they sent me two controllers which I thought was very nice of them.

While waiting on them to sort me out, I purchased an extender cable for my original NES controller, and I also bought the 8Bitdo bluetooth receiver (LOVE IT so far) which I’ll review later. However, I am thankful that they did something for me, rather than simply letting me take the loss.

I have yet to use the new controllers as I’m playing alone for now. Me and my son/wife play on weekends. But I’m hoping that these work better than the faulty original one. By the way, the problem with it was the connection would continually drop. I was not far, there were no obstructions, it would simply just stop working. My son was able to keep a connection by sitting right next to the adapter, closer than even the two foot cable. Obviously that doesn’t work for a wireless controller!

In any case, I’m hopeful that one of these two, if not both will work properly. And if not, well, I have my adapter which allows me to use any bluetooth controller, as well as my original controller, so I’m all sorted out regardless. This was more about the principle than the money or product.