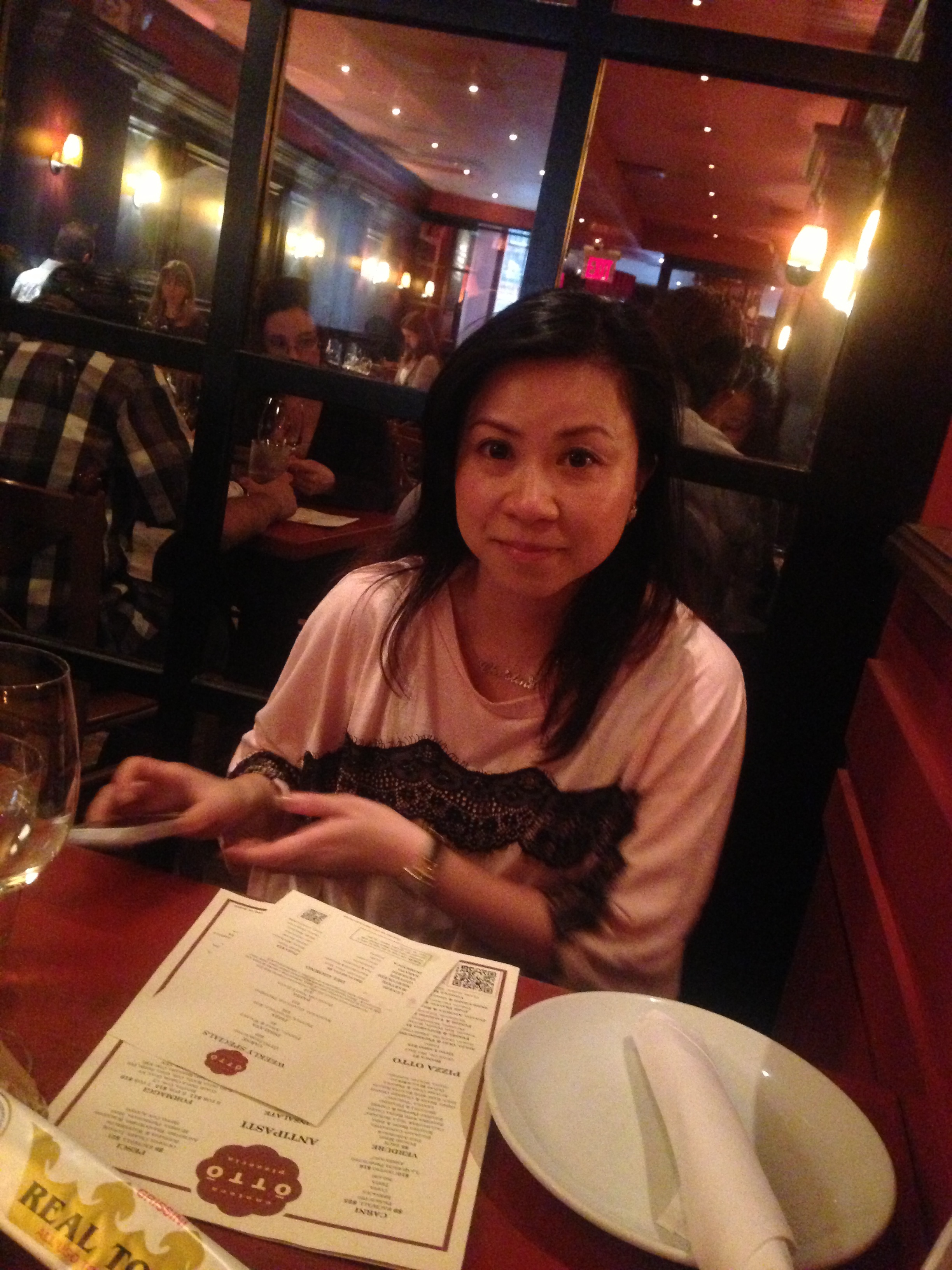 One of NYCTalking’s food column contributors, and highly respected blogger Monique Rodriguez gave Otto Enoteca an amazing review. Seeing as though I trust her judgement when it comes to choosing amazing restaurants I decided to take my wife here for her birthday prior to going to see “Children of Killers” on broadway. I am sad to say that this will be another time where me and my chosen sister will have to disagree where our culinary tastes are concerned.

This place was packed, as advertised, very busy, and there are many, many good reviews written about this place. But I just don’t see what the big deal is?  Me and my wife both felt that though adequate, the service and the food were not up to the level of a restaurant that is owned by such a reputable chef the likes of Mario Batali.

Upon being seated we were given some bread in a little plastic package, and some other block of bread. It was rather hard and no butter was provided, upon request we were given some olive oil to use for flavoring. We both thought it was odd that nothing is really provided to eat with the bread. That, along with the fact that this bread was hard as a rock was a worrisome start to the evening. We had prosciutto and the octopus as appetizers. I will admit that I don’t eat prosciutto often, but I decided to give it a try. When put together with some pieces of bread it was pretty good. The octopus had a texture that reminded me of canned tuna, it was weird and it’s difficult to describe, but that’s what it felt like. My wife didn’t really eat much of it, she didn’t like it, I shoved it and the accompanying celery down my throat but I wasn’t loving it. Maybe I am biased because the night before we ate at Bobby Flay’s “Mesa Grill” where mostly everything was absolutely stunning. That review will be coming soon. As a main dish my wife had pasta and I chose a pepperoni pizza. Now I’m not a pasta expert, so I’m not sure what “al dente” or whatever the terms are and what they mean. Here is what I can say, I thought the pasta was a little hard. I assumed that this was normal and how great pasta is meant to be. My wife said to me “Honey, I think the pasta is raw, it’s really, really hard.”  After the standard “that’s what she said” I stated to her that I noticed this as well but assumed that this was normal. Apparently it’s not, so that being said, I think that the pasta was raw. She didn’t finish it, I jumped in and finished it as I did like the sauce’s flavor and the hardness didn’t bother me. (Get your mind out of the gutter). The pizza was super salty. My wife actually defended the pizza when I complained about it, she liked it, extreme saltiness aside. I thought it was barely “ok”, but again, I expected a lot more than what we received. I though that this evening would dethrone “Goodfellas LES” as my favorite place for pizza, but that didn’t happen. Not by a long shot. I intend to take my wife there soon so that she can make a comparison. For dessert we had a brownie with coconut gelato. This would have to be the saving grace of the evening. Once you break through the super rock hard shell that is on top of the little bowl. It was one of those evenings. I feel kind of bad about all this, my wife was “fish facing” (fish face is a facial expression we make to let one another know that something sucks) after this dinner, and so was I. We both had high expectations.  The only thing that I didn’t complain much about is that the food was not “super expensive”. It would only add insult to injury if I had to pay an arm and a leg for food that was sub par. In total with tips the meal came to just above $70. Maybe Monique went on a better night? Maybe they know who she is? I don’t know why our experiences were so different but they were. Oh well, such is life.

Nothing I recommended is here… Sorry it didn't go as well as planned.

I know Morod. We decided to be creative and add different items. That's didn't work out too well.

[…] didn’t totally mind blow me, Nobu was good, but left me feeling more or less the same way. Otto Enoteca, same thing, left disappointed! Consequently Nobu’s was another review that I didn’t […]

[…] great experience. These guys have a reputation to uphold. Though in the past Batali let us down at Otto, it looks like together they hit a homerun […]