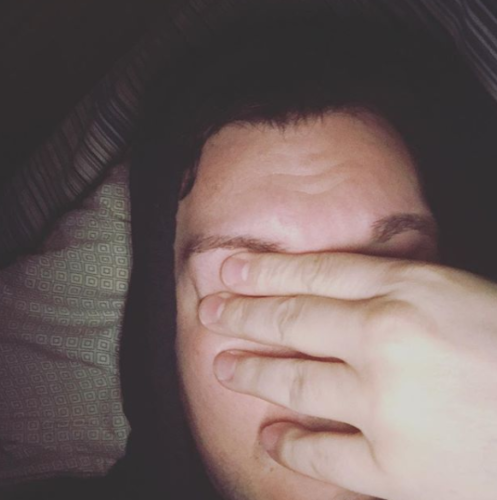 The past couple of weeks, I’ve been rather ill. I thought it was the flu, and that’s what the doctor’s gave me medicine for. They gave me some antiviral product called Tamiflu. This damn thing cost me $100 with insurance ya’ll! And so many people have gotten the flu these days that many pharmacies didn’t even have it in stock! However, it may have all been for nothing because the duration of this bout seems much longer than the flu calls for. Also, the symptoms have being slightly inconsistent. It is quite possible that it could have been bronchitis or some variant of pneumonia. Hell if I know, all I know is that I’ve been feeling like shit for weeks.

The sequence of what happened was really weird. First I had what I believe was the flu. This came with coughing, cold sweats, aching muscles, stuffy nose, headaches, a loss of appetite, and more. I didn’t take any special medicine, just the usual over the counter flu stuff, and I took some days to rest. Seemingly I got better, but little did I know what was to come.

Shortly thereafter, my throat began to hurt a lot. It was really, really painful so I went to a walk in clinic. They prescribed antibiotics for me to start taking for 10 days. This helped with the throat and related ear ache, but it destroyed my ass y’all! I had some serious poop problems due to the antibiotics causing havoc to my stomach bacteria! This happened despite my taking probiotics to offset the damage being done! Man, my ass was torn up for real!

Just as I began to finish this round of medicine, my body started to feel weird. Then I began to have the cold shivers again. There was no coughing, sneezing, or cold like symptoms, just heavy sweating, while freezing and shivering uncontrollably. Then came the body and head aches, yet still no coughing or cold like symptoms. My doctor prescribed the aforementioned tamiflu, and I took that for 5 days.

It’s been about 9 days since the onset of the third round of illness, and I’m finally starting to physically feel better. I no longer have to load myself up with pain killers and lay in bed shivering while sweating up a storm. I still sound nasally and I’m coughing more now than during the “peak” of this flu or whatever the hell it was. But I’m starting to breathe normally and I’m hopefully on the mend.

There were some days that my body and head hurt so much that I didn’t want to even be conscious. Thank God for advil and the fact that my body is responsive to that when it comes to unbearable pain. The point I wanted to touch on was that there were days that I was in so much physical pain, that I began to have irrational thoughts. I lost my appetite which is extremely rare for me! I’m always hungry, but there were days I didn’t eat anything at all.

At one point, I began to wonder about heaven and hell. I started to question what would happen once I died. Will there be nothingness? Will I simply cease to exist? Or will I stand before a judge and have to account for my sins and life decisions? Will I see my family suffer, or will everything just stop? I never think that way, but the pain was really influencing how I thought. I found that fascinating, even at the time. I’m not a religious person, yet there I was wondering about heaven and hell as I lay in bed drowning in my own sweat and pain.

This got me to thinking, imagine if I were in pain every single day of my life? I thought about Kurt Cobain and how he ended up taking his own life because of his pain. That’s something that I couldn’t fathom or ever consider, or so I tend to believe. But what if there was pain everyday?

It’s not beyond the realm of possibility that one could fall deeper and deeper into despair because of pain! I don’t know, and I don’t want to find out. I’m grateful that I’m recovering, and I hope to return to my regular life and training very soon! One thing is for sure, going forward I will take at a minimum one day, and maybe to days to rest from training during the week! I don’t know what has caused me to get this sick, but it is quite possible that overtraining left me vulnerable. We’ll be removing that as a variable and see how things go.