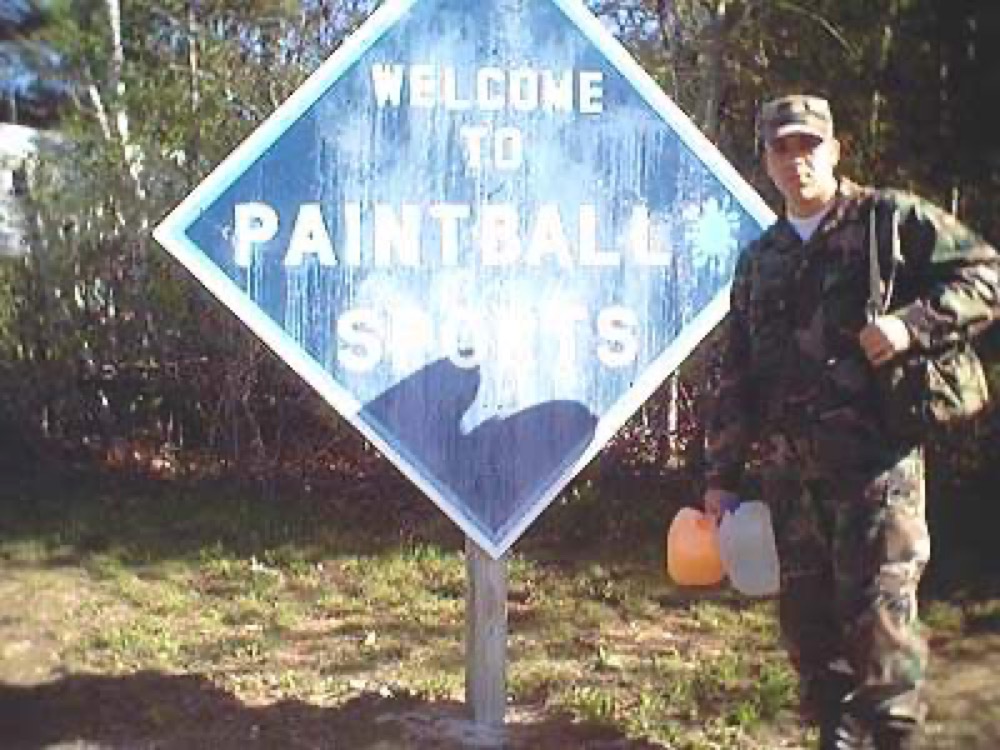 I’m not a very good shot, but I remember one time we were having a paintball outing. The first group of guys we were playing against fancied themselves as some sort of pros. They had really cool personal guns and they knew the park fairly well.

Anyway, once we were all deployed, I remember seeing one dude stick his head up from behind a big rock, I saw him, but he didn’t see me. This was very fortunate for me and my team cause everyone else was hiding and waiting to advance. I knew they were all hiding, but I knew where his head was last seen so I stayed put and took aim with my paintball rifle. We were close enough where I thought I could land a straight head shot if he peeked me again, so I waited.

I waited, with my finger was right on the trigger, ready to squeeze one off. After what felt like an eternity, my patience paid off as I was hoping it did. The dude actually stuck his head out again and then I was all like SPLAT! I shot him right on the face and his entire visor was covered in neon colored paint. That shot was truly an epic shot and it should be in the paintball hall of fame.

I didn’t hit anymore fancy headshots after that one that day, but that one shot was so epic I still remember it all these decades later. I wonder if my victim still remembers getting shot in the face while trying to play all sneaky like?

I actually still remember my buddy’s wife popping me when I came after her like Arnold in Terminator. I thought that I had the element of surprise, also I didn’t think she’d react quick enough to shoot me before I shot her. I was definitely looking to take her out and win one for the team. The thing is, she didn’t freeze up, she had actually seen me and was prepared for my arrival. When I did arrive, then she shot me right in the chest! Everyone died laughing and made fun of me for being so reckless and thinking she hadn’t seen me.

This was an epic kill for her and I still remember it! So I sure do hope that my headshot victim remembers me! I hope he’s right now telling his children of how he got domed that one day by some noob from the city!