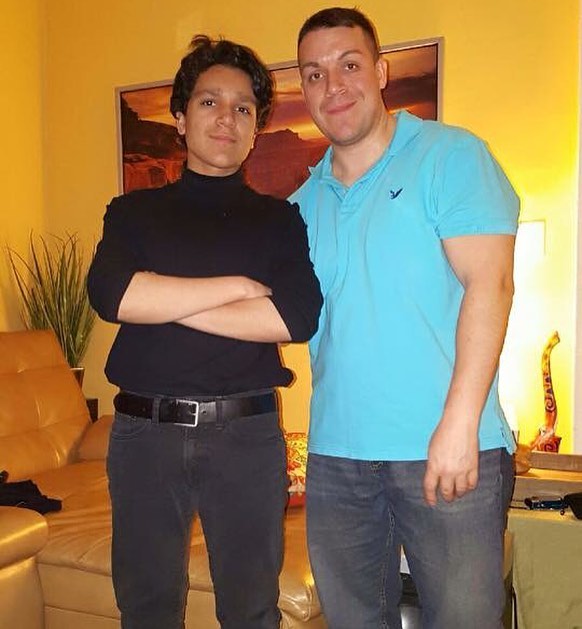 I’m father to an 18 year old young man. My son has never once committed a crime, nor has he ever done anything terribly wrong. The worst thing that I’m aware he’s done was take an orange, and throw it into a store. I thought that was hilarious, the store owner did not.

He’s a teenager who enjoys drawing, playing video games, hanging out with his friends, and laughing among many other things. Like many teens, when the boys get together, they get loud and joke around the same way teens have since the dawn of time. I still remember a woman getting angry at us on the subway because we were making sex jokes. “I’m offended young man,” oh, word? Well, here’s another one for that ass! We were stupid kids…

All that being said, it’s sad that I’ve had to have conversations with my son, and even my nephews where I have to remind them that the world perceives them as men now, young, brown men. I’ve told them that though they are young, and in their minds they may still think like young men, that nasty woman who may be biased against brown kids will see them as a threat. I tell him that the bad apple police officer who sees a group of kids laughing and carrying on will immediately think that they are up to no good. In this world, they are seen as scary and presenting a threat by some people. You all know what I’m talking about here.

I’ve always told my son that if he is ever in a situation where he is confronted by a police officer, that he should keep his hands visible, cooperate, and not worry about settling it then and there. I’ve told him to cooperate and let me sort it out afterwords via the proper, safe legal channels. There are too many cowardly, frightened officers out there who may have that itchy trigger finger, and I’d hate my boy or one of his homies to fall victim to one of those cowardly men.

I always tell him to be careful when walking in different neighborhoods, and to watch his butt. At the end of the day, if you lose something material, it can always be replaced, but your life cannot. I can’t imagine things were much different for our parents growing up, but raising a brown boy in today’s society is extremely scary. I wish I could be ever present to protect my kid from the world’s evils, but we have to let them fly…