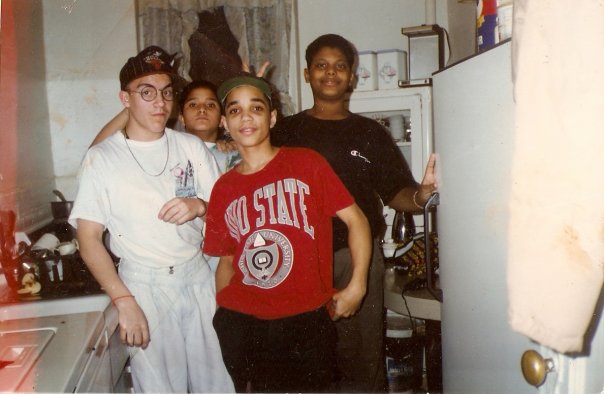 One piece of advice that I’ve always given my son, as well as any youth I mentor in any way shape or form is to watch the company you keep. There are several sayings around this topic. One of them is, “tell me who you are with, and l’ll tell you who are.” And of course we have the very popular “birds of a feather flock together.” Though I don’t always agree with these sayings, I understand that in our society, they often ring true. Even when they aren’t.

What I mean is that in our society’s legal system, simply being present during the commission of a crime is enough to get you tried and convicted of that crime. Allow me to illustrate what I mean. When I was serving on jury duty recently, the case I was assigned to had to do with whether or not a man had “possession” of a firearm that was in a vehicle he was occupying. The accused claimed that he had no idea that there was a gun there while the prosecutor said that by being in proximity of the weapon, he had possession.

In this case, Ricardo Fleurmond was lucky to have me on this jury. While others passively spoke about “reasonable doubt,” I fiercely advocated on his behalf and wouldn’t let them take him down on the gun charge. The main point I’m trying to make is that by simply being in the car where there was a firearm, whether it was his or not, whether he knew or not, this guy could have gone to jail for a long time. That’s scary as fuck!

You may be a great kid, have never committed any crimes or done anything wrong whatsoever. However, if you are with a group and any one does wrong, and they happen to do so in your presence, then you are probably fucked. One of my fellow jurors said about Ricardo, “Lock him up, why is he hanging out with that guy? Fuck him, he is a criminal too.” Those crazy people you see on social media, yeah, they make their way to juries. This is why I say be very careful who you hang out with. Make sure that they are honest with you if they are up to anything shady. This way you at least have the right to choose whether or not to be with them.

I’ve always said that if someone lied to me, and compromised my freedom or ability to be with my family, that I’d snitch and sing on them from the ground floor to high heaven. I’m not going to prison or jail because you are a criminal. I’m not taking the wrap for any of your crimes. I’m not gonna cover for you and risk my freedom because your stupid ass didn’t tell me what was up. That’s not gonna happen, and I’m telling you this right now. So if you are up to some stupid shit, stay the fuck away from me and my family. You can call me a snitch, a bitch, whatever, I don’t give a fuck.

Your stupid ass needs to let me know if you are up to some shit so that I can make an educated decision as to whether or not I want to roll with you. If you don’t afford me that courtesy, I’m not going to go down for your stupidity. Seriously, you think I’m gonna abandon my family and fight off rapists in prison so that I can look “tough” or “loyal” by not snitching? Get the fuck out of here. Don’t involve me in your bullshit and you’ve got nothing to worry about. I’ve got too much to lose over looking tough or maintaining loyalty towards someone who doesn’t give a fuck about my freedom. Fuck you.

I always tell my kid, don’t stick around if your homies get up to no good. Just being there is enough to get you locked up, and you don’t want to go down for someone else’s actions. That’s not cool.

Anyway, take my advice folks, watch the company you keep and what they are up to. Saying “you didn’t do anything” isn’t enough in a court of law. Especially if you are a person of color because you are just guilty by default then. Plus, if convicted, you’ll also get extra time in prison simply for the color of your skin and socioeconomic situation. How much would it suck if your white friend committed a crime, and you by simply being there, and being a person of color got 5 years, and your boy who actually committed the crime gets probation? This is America, so don’t ever give this broken system that opportunity!