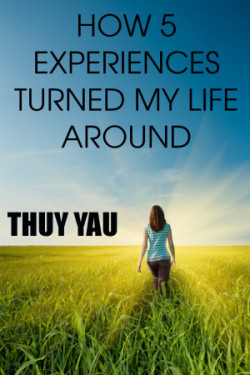 Let me tell you about a young girl I used to know. This girl used to be a regular target of insults, and she believed all the awful things that were said to her. She used to keep her thoughts to herself, because she was made to feel they weren’t worth sharing. She lacked self-confidence and felt unloved. Let me tell you something else: that person used to be me.

But thankfully, my self-esteem didn’t stay that way forever, and I was able to overcome the pain of my childhood and teenage years. My turning point came when I reached university. University, for me, was the start of my new life. I
was studying Psychology; meeting new people, learning to stand on my own two feet, and starting to embrace who I truly was as a person.

As I learned to speak up and did very well in my classes, my confidence grew and I eventually realized that I had opinions worth sharing. I realized that nobody should ever feel forced into silence. That being vocal was much more
than just a good thing.

Recently, I took my three young children to the park. We were all having a good time until a boy, aged about 13, decided it would be funny to walk up the playground slide and block my two year old from taking her turn. As I tried to diffuse the situation, the boy thought it’d be funny to imitate me talking to my children.

The boy then started asking me a bunch of personal questions. At first, I remained polite as he asked about my children. But then the topic somehow moved to my finances. I was quite appalled at his behavior. So I firmly told him that he needed to learn some manners, and that he shouldn’t be asking strangers questions like that. He needed to be more respectful of other people.

With a smile on his face, he then mumbled under his breath:

“Maybe you need to learn some manners too!”

I was shocked. I couldn’t believe what I was hearing. I’d only been his age only slightly more than a decade ago, but would have never dared speak to my parents like that, let alone a stranger.

I was fuming. Over the next ten minutes, I thought about approaching his mother. I had a feeling that the woman with the curly brown hair, who was playing with a two year old, was his mother.

I wondered, “Should I say something to his mother, but risk an argument occurring right here in the playground?”

Or “Should I say nothing, but leave his mother uninformed about his disrespectful behaviour?”

I decided to tell his mother.

As I explained what happened, she immediately apologized to me and told her son to as well. He blatantly refused. He continued to speak to me in a disrespectful tone, and by the time I’d walked away, I was almost as furious as when I’d first approached her.

Despite the boy’s unrelenting stance not to apologize, I didn’t regret confronting his mother. Not at all. Why not?

It’s better to speak up than to say nothing

How can a child correct his/her behavior, if they don’t even know that they’re doing anything wrong?

How can a friend treat you better, if you stay quiet and brush it off?

How can your partner know that you feel unloved, if you continue to lie to
yourself and believe that you still are?

How can your workplace conditions improve, if you don’t discuss the necessary
changes?

Speaking up is just the start

I recently read a memoir by Sophie Hayes called ‘Trafficked’. It described, in excruciatingly terrifying detail, a British girl who was forced into prostitution by her best friend. Despite going through such a horrible ordeal, Hayes had the
courage to speak up about it in order to raise awareness about human trafficking.

Hayes’ book has reinforced my belief that as human beings, we all have a responsibility to make the world a better place. Her story reminded me that staying quiet doesn’t do us any good, we must speak up.

We can’t stay silent on issues that matter. We can’t sweep these issues under the rug because they’re too disgusting to think about.

As Steve Jobs, the co-founder of Apple Inc, once said:

“The ones who are crazy enough to think that they can change the world, are
the ones who do.”

Maybe I’m crazy for thinking that my work as a writer might some day change the world.

Maybe I’m crazy for thinking that a 25 year old Australian married mother of three could make a big positive difference.

Maybe I’m crazy for believing that my voice matters.

Or maybe, just maybe, I’d be crazy not to say anything at all.

Our actions may not lead to the sought-after ‘world peace’, but they have the power to make the world a better place.

So speak up. Be seen. Be heard.

Speaking up might not change the world, but it might lead us to steps in the right direction.

And those steps, no matter how little, are honestly better than nothing.

Recently I had a kid slap me and disrespect in several ways. This was one of my wife’s nieces and I didn’t want to create a big stink in front of the family so I let it slide. I later brought it up to the parents after the event. Let’s just say that this kid is very lucky I took this path, where I come from, slapping an adult is grounds for a serious ass beating!

Good on you for not taking that approach, Angel. I applaud you for still speaking up, even if it was after the event. It’s better to say something rather than nothing at all. Respect is an important issue that always matters.

Do you lack confidence in speaking up? I discuss this for NYC Talking… http://t.co/7ABBrTbzcO #personaldevelopment #change #leadership