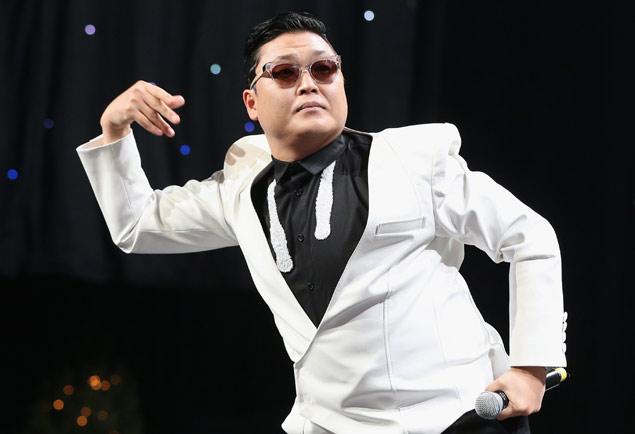 “Heyyyyyyy sexy lady, op, op, oppa Gangnam style… And kill Americans and their Yankee families!”  This seems to be the hot topic on the interwebz today. Apparently PSY made some statements in a song that called for killing Americans and their families. How and why did this come up? Well Mr PSY is due to perform for President Obama, and I guess some people have taken issue with that.

I have mixed feelings about this topic after reading tons and tons of comments and articles online about the topic. Comments that range from statements defending him to others condemning him. PSY issued an apology stating that he recognizes his words were hurtful. He said that these statements were made a long time ago and that he said them out of anger because of the war in Iraq and the beheading of a Korean missionary.

In addition, he and many other Koreans were/are also very angry with Americans about a tank killing (running over) two fourteen year old girls in Korea.  The young girls were trying to make their way home from school when they were run over and killed by the tank.  The American GI’s were let off and claimed that it was an accident.  Many people (including some Americans) don’t believe that it was an accident.

All this being said, I don’t know how I feel about PSY and his performing for our President now. I mean, it doesn’t really matter either way, but I can’t help but wonder if he still harbors ill will and hatred towards our people and our country. On that same note though, can you blame him or any Koreans for saying those things? I can’t imagine how terrible it must have felt for the Korean families, and the parents of those 2 little girls to have the men that killed their daughters walk away unscathed.

What do you think, are we overreacting towards PSY?

Here are some of the comments I have read on the topic:

“If this clown said these things about homosexuals, the media would be going nuts, Obama would say how wrong the comments were, and Obama wouldn’t go the the concert. But since PSY’s comments were ‘ONLY ‘ about the military – all is forgiven.”

“I was an MP in Seoul in 2002. It was not secret that those guys ran those girls over on purpose. They had a bs excuse that the track Sgt saw the girls in the track of the vehicle and that he tried to notify the driver but there was a radio issue so the driver didn’t hear. That is a sad and baseless excuse. Anyone who knows anything about being a soldier in Korea understood this was bs. I personally had to deal with the riots that ensued due to the killings. Not sure if you are aware of this, but many US basis in Korea are integrated with Korean farmlands. I have fired weapons into active rice patties, since the rice patty was in the same location as our range. I have also fired automatic grenade guns down a valley which is lined with Korean graves. Now what we do there is a necessary mission. Deterring the North. But do not be ignorant to the tensions between Koreans and GIs. I had Katusas (Korean nationals serving in the US army) of my own platoon fight me, and I mean fisticuffs not just saying mean things, of which there were plenty. My point is there is friction between US and Koreans on that peninsula. And when those Sgts ran those girls over (14 year old girls) that was just sad. So go ahead an read you article of “details”. But I suggest you take from someone who was there.”
“People are snapping out at PSY for the comments he made towards the U.S. military a few years back. But he’s apologized. We’ve ALL said dumb stuff in our past & present. We need to do him like we do every guilty celebrity um act like it never happened because anything less is hypocritical celeb bias right? Yeah, Holly”FAKE”wood is quick to call Leanne Rimmes a home wrecker forgetting the fact that their beloved Natalie Portman is chief hubby stealer! Be real & consistent with it is all I’m saying.”

The performance in front of the President was this past weekend. I think the context of the situation, which I applaud you for sharing, makes a big difference in how you look at it. A friend was going off about this on twitter yesterday then I told her about the teen girls incident and the korean missionary beheading incident and her attitude changed dramatically. American dissent is present amongst Americans, but we still love our country. It’s silly to think people abroad will not harbor dissent towards us at times, especially when directly affected by our actions. So I ain’t… Read more »

I feel you Pierre. Initially I was angry about it, and was about to blast him. But these days I try not to write without getting information from multiple sources from all view points. Once aware of the details, then I wasn’t angry anymore. The context is key, and I try to be fair in my writing. It’s an opinion post, but based on facts.

Bull. Why is South Korea not run by Commies? Why is it that PSY isn’t eating dirt to stay alive?
The US Military, that’s why.

People can forgive this guy, but the Commander n Chief should not have attended the concert of a man who has said such things of the soldiers he is leading.

Then again, we should expect this from Obama.

Can’t argue with you on these points Chris.