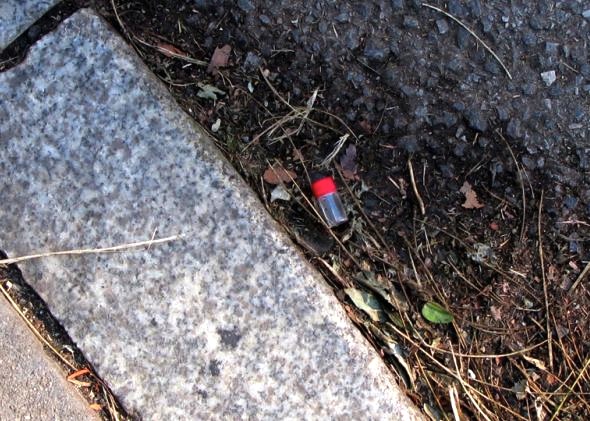 When I was a kid, it was a common occurrence to see some red top, blue top, green top or yellow top crack vials on the street. Straight up, this was an everyday thing for us.

In addition to that, we’d also come across heroin syringes regularly as well. Those were a bit scarier because they could jab you when playing on the mattresses, grass, snow, etc.

My dad had a heroin problem for a long time, so I had the distinct pleasure of not only coming across syringes on the street, but also on door ledges and other random creative hiding places at home.

For a while we were lucky and the city felt safer and cleaner. Though these past few years it has been starting to feel the way it did back in the 80s.

When we came out of comicon, we saw two guys sharing needle syringes while sitting out on the street. We also saw them sniffing lines from an office chair. It has been a long time since I saw this type of illegal drug use so openly. Also, if you go down to port authority and some other areas you can see the open air drug use.

I don’t know what we need do to address this drug issue. But it is certainly not a good thing that it’s happening and that it is being tolerated by society. Addicts are not necessarily criminals, they have a problem and they should receive help. But you can’t just allow people to do illegal drugs anywhere and anytime they want to without some form of consequences.

I don’t want to go back to the New York City of the 80s, but it looks like the current leadership is not only allowing it, but almost promoting for exactly that to happen.