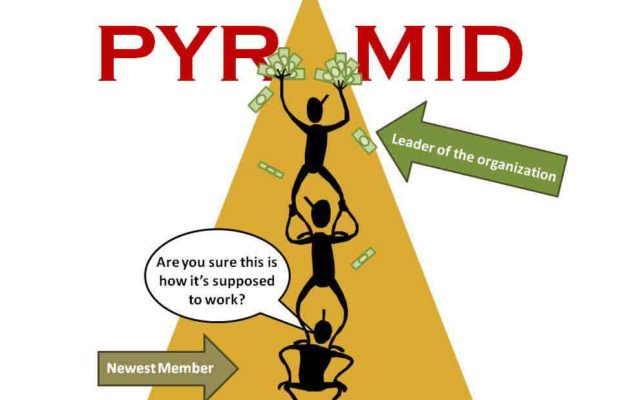 Sometimes you’ll get a random call, email or perhaps a friend request from someone who unfriended you on Facebook. They’ll start the conversation by feigning some great interest in what you’ve been up to. They inquire about your family and a host of other bullshit that you know damn well they don’t give a fuck about. Why are they doing this? Why is this person you haven’t seen or spoken to in ages all of a sudden so interested in your life?

“Hey brother, what’s going on? It’s been a long time no speak. Me? I’ve been doing my thing, started my own business and making some money. Yeah, it’s pretty cool. I mean who doesn’t want to make more money? So, uhm, would you be interested in making some extra money? Here, check out these projections of what you could be doing if you took part of my business.”

Fuck you and your pyramid scheme! I’d never even let them get that far into the sales pitch. As soon as they say, “Hey, long time no speak” I cut them off. Herbalife? Amway? Which pyramid scheme are you pushing? Then they ask “why would you say that” and I reply, you unfriended me for a reason, you didn’t add me back because you love me all of a sudden. There is an agenda and it’s generally a pyramid scheme, so what are you pushing? Let’s find the chase and cut to it.

At that point, once they realize that I’ve seen through their bullshit, they generally give up on even trying to sell me on anything. Some will still try, but I usually tell them to save their energy and carry on with my day. I don’t have time or interest to listen to a pitch about something I’ll never do. Especially from a “nonfriend!”