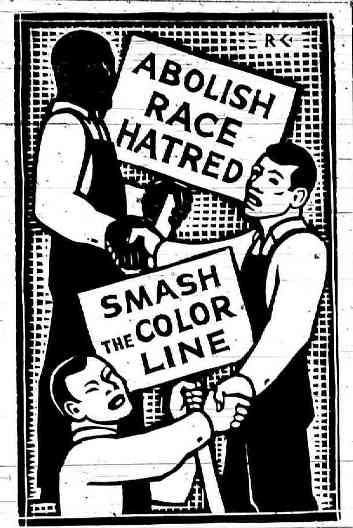 I recently wrote an article about a group called the five percenters. It was a brief article touching on the group and their racist views when it came to whites. My friend and fellow Team News Ninja contributor, Alyssa Krumm, was asked an interesting question based on her own article about the group. One of her readers asked her if a group having racist views, without actually harming anyone, is enough to be considered dangerous?

This is an interesting question, to which I’d like to pose my own question. Is a man who enjoys child pornography, but has never hurt a child, dangerous to children? Yes, I recognize that this is an extreme example, and I have referenced a vile group of individuals whom most of us despise. Let it be clear that I am in no way saying that these groups are alike. I just chose a terrible group of people for the sake of making the argument as comprehensible as possible.

Would you leave the pedophile with your children? The answer to that question is probably no. Even though that sicko has not harmed a child, all he requires is the opportunity, and a perceived lack of consequences to take action.

I’d argue that a group that wants to enslave whites, falls under similar circumstances. If you have hatred in your heart, if you despise a group of people, solely based on the color of their skin, then, in my opinion, you pose a danger.

This goes for all groups. Conservatives have their racist trash in our ranks too. I’ve written articles like these, and have seen readers praise me, and then in same sentence call for the extermination of blacks. They have used more colorful language by the way. Being the equal-opportunity non-racist that I am, I have proceeded to give those individuals a sharp piece of my mind. I do not support racism or hatred towards any group of people. Except pedophiles, and Westboro Baptist Church, I despise them both.

All this being said, I have not been immune to attacks myself. My friends of color that share conservative views have also fallen victim to the attacks of racists. We all remember the posts on twitter that fellow conservative leader Wayne Dupree was the victim to after calling out an Ebony editor for her racist rant.

Yesterday a friend of mine put a post that included a picture of Jesus, a white Jesus. One of his friends immediately took to the cause and asked, “You believe in an unpigmented Jesus? Smh.” I decided to chime in and stated, “Why not accept the beautiful message within the post, in contrast to focusing on the color of Jesus’ skin?” That’s when all hell broke loose.

According to this person, I am a bleached African man. She asked me why I am siding with the masters who enslaved, raped, and killed our people? She said that I could open my eyes and stop serving the men who are destroying the planet. She called the white men devils. She said whites are evil devils that are responsible for everything from bombs to technology to the ozone layer.

Black people have never hurt or attacked one another. Only the white men do things like that! She even covered some history in her rant. You know; World War Two was also the white man’s fault. Hitler is white; he was the devil. Now, in this case, I will say that Hitler was the devil personified, that guy was a scum bag of the highest order, and we can all agree that he was. We can also agree that many Americans, black, white, and many other races and countries fought together to stop him. Evil is evil, not a color.

To counter her point that only white men do evil things like this, I typed “Genocide Rwanda,” in Google and then shared any number of links. Not to mention the fact that I also linked her to my popular WND article entitled “Stop pointing the finger at whitey!” An op-ed where I covered my own experience growing up in a poor, mixed-race area that included mostly black and Latino people.

Once I explained to her that I was actually Puerto Rican, which is a mix of natives from the island of Borinquen, African, and some variation of European, she “downgraded” me to a dog humper. Remember at first she said that I was a bleached African man. It didn’t take long for her to “downgrade” me from bleached African man, and she soon started referring to me as white. She examined my Facebook profile and saw a picture of the military k-9′s that I was paying respect to. According to her, I am a dog, a white man who slept in caves with dogs for warmth. She stated that she understood why I could relate to the dogs, she said that my ancestors slept in caves, pressing up against these beasts for warmth. Apparently, I’m also a dog rapist. Yes, she stated that the white man, like myself, has sexual intercourse with dogs.

You know; I’ve always been a dog lover, but she took it down a completely different path. In all her ignorant, racist rage, she gave the term dog lover, a whole new meaning. Why bring dogs into the mix anyway? Dogs are awesome and have nothing to do with her racist ignorance!

The insults continued, ranging from bestiality to murder and rape. Throughout the entire conversation, I maintained a cool, even, respectful tone. Not once did I respond in kind to any of her insults. Not once did I retaliate at her ignorance and personal attacks against me and my “color.” It was more fun to act holier than though, and speak as though I was mildly interested while she was blowing a gasket!

To be honest, I found her talking points quite humorous and entertaining. I figure it makes for great reading. I was looking forward to sharing some screenshots with you guys, but sadly, either she blocked me, or simply deleted all her posts on the topic. I wanted to capture some of the racism and personal attacks for this column, but she deleted them before I got the screenshots. There was so much goodness in there. I guess she realized how stupid and ignorant she must have looked speaking to me that way. Maybe, there is hope for her yet?

Great read by my friend @Angel Rodriguez “Racism has no color” >> http://t.co/DhZc40t3Fn

“@krualy: Great read by my friend @Angel Rodriguez “Racism has no color” >> http://t.co/Twkirfg26j” thanks for the nod!