Home / Let's Talk / Racist Cop: N*ggers Are About To Beat Up Your Sp*c Friends!

Racist Cop: N*ggers Are About To Beat Up Your Sp*c Friends! 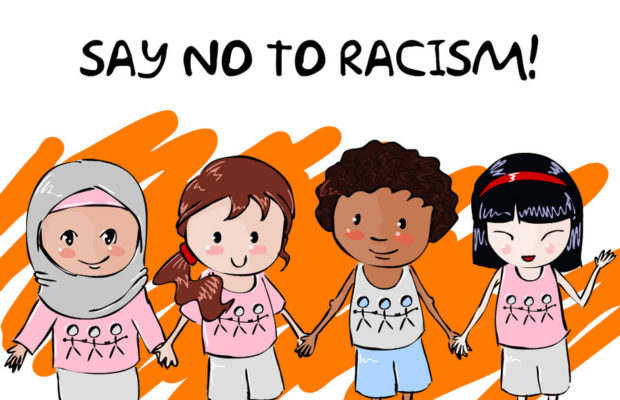 When I was a teenager, during one of my run-ins with the law, I encountered a very racist police officer. He was a white man, probably in his 40s, slightly overweight and had an interesting mustache. I was in the process of evading some black guys whom some of us latinos were fighting. Things went bad for us, and we had to run. I ran into the train station, and very athletically jumped over the turnstile.

That’s when the concealed officers came out.

The racist guy prepared to chase, and he said, “Don’t run boy, don’t run.” He looked as though he was going to reach for his weapon, and I think I made the right decision by not running. He grabbed me and put me in the backroom. Then he went back to watch through the little slit in the room door. That’s when he laughed and turned to me with an evil smile. The racist cop said a bunch of niggers are about to beat up your spic friends. Do you want to help them? Should we let you go back out there?

I was shocked, but kept surprisingly cool under the pressure. I realized that I was at this dirt bag’s mercy. He had the option of determining how the rest of my day, and quite possibly my life would go. I felt helpless, but I knew that I had to keep my mouth shut under these circumstances. I always say to people, don’t resist arrest and handle things later! I think the fact that I didn’t run, and I didn’t resist or speak out of line helped me get out of there without too much trouble. The cop ended up just hitting me with a hefty fine, and then he let me go.

You are probably wondering why I am sharing this story? Well, it is quite simple really. I’m not attacking all cops. That’s not my intention at all. However, there are some people out there who refuse to acknowledge that racism against latinos, blacks, and other minorities actually exists. They refuse to acknowledge that there are some really bad, racist cops (people) out there. I find this utterly baffling.

On the flip side, there are some of my “own” people who say that because my skin is lighter, I would never know or encounter racism from the police. It is true; I have light skin, but the guy who was caught with me was of a slightly darker hue. Even so, we were both treated the same, as the lowly dirt bag sp*cs. My skin color did me no favors this day, nor did his hurt him. We were just both low-life latino sp*cs to this cop.

This is all to say that when a cop easily refers to blacks as n*ggers, and us latinos as sp*cs, that cop is obviously and undoubtedly a racist. If you cannot see or accept that, then you are part of the problem. In fact, I’d go as far as to say that you are being willfully blind, and that you are actually stupid. We are not making this crap up; it’s all real. I am living proof of it! Sadly, many others are not as lucky as I was.

Every situation where a civilian deals with law enforcement is different. While some encounters are fair, some are not. Acknowledging these facts does not mean that you are anti-police, it’s just reality. However, not acknowledging reality, doesn’t make the truth go away. Think about that next time you insult a black lives matter activist, or applaud a minority getting killed.

Please take note of the date on a post. Over the years my views have evolved. I'm constantly learning and growing.
Related Items
← Previous Story Working On Holidays
Next Story → Donald Trump Attacked By the Bald Eagle
Subscribe
0 Comments
Inline Feedbacks
View all comments