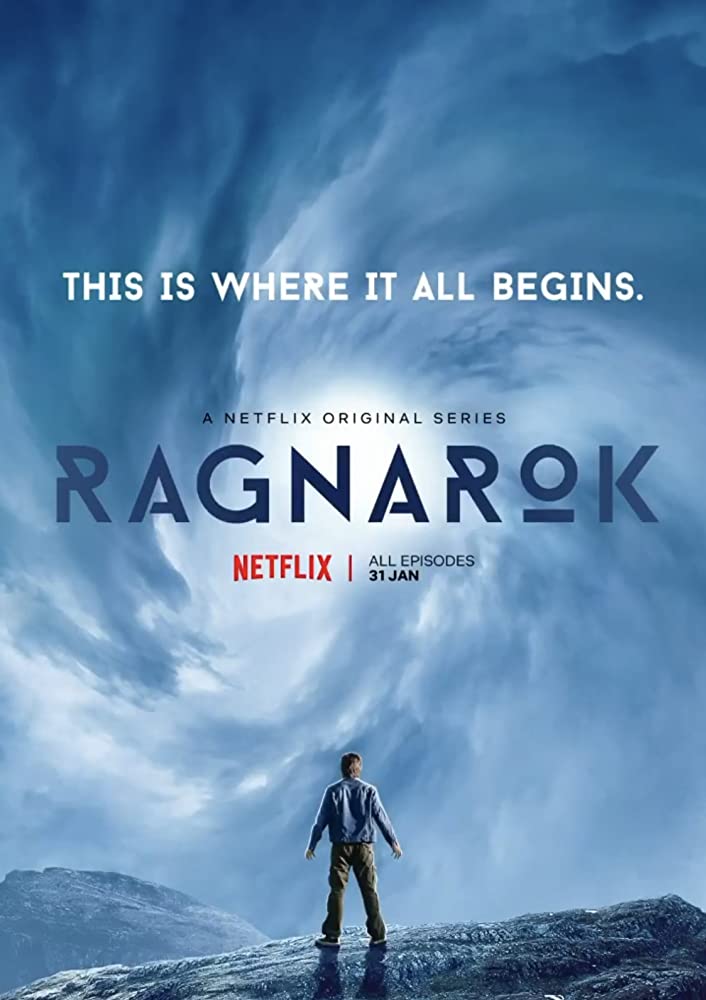 I started Ragnarok last night. I’ve been meaning to watch it for awhile but never got around to it. So I finally did it. I started and finished it.

This show was pretty damn good. It is a foreign show out of Norway and it is “dubbed” in English, but that doesn’t take much away from the show, the flow is still pretty good. I’m thinking of watching an episode in Norwegian to see how that flows too.

In any case, it’s built around the Norse Mythology of Thor and the Giants. It’s sort of like Smallville where they are beginning at the start before Thor knows he’s Thor. He’s still a teenager in this show.

Apparently, the professional show critics didn’t like this show and gave it bad reviews. Fortunately, through the action of watching it we were able to tell those good for nothing losers to go fuck themselves and the show has been renewed for another season! Woot woot! Your “professional” opinion means nothing, our actions means something.

It sucks that we have to sit around and wait, possibly until next year. But I’m hoping that it is worth it. I’ve been a bit cautious about giving my heart to any long shows after the huge disappointment that came from Game of thrones season finale.

[…] think I will return to keep watching the show, but I had enough of it last night and moved on to Ragnarok after they cut into another “back story” filler like episode. I know they are setting […]