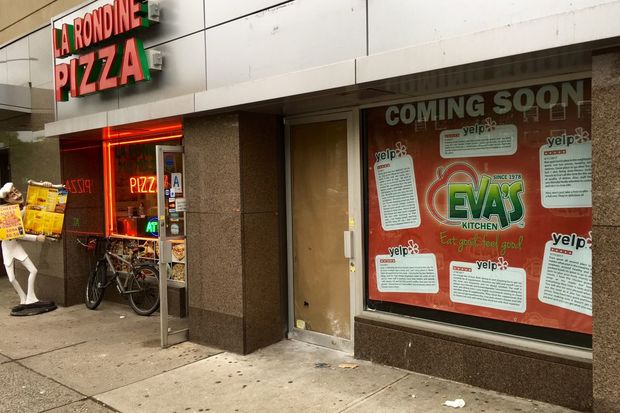 I don’t want to make this a political post, because honestly, I think this has been going on before Trump, and likely will continue after he leaves. For many years now I have been seeing restaurants, stores and other shops closing their doors. In my neighborhood alone I’ve seen so many come and go in the span of a few years. Some of them didn’t even last a few weeks.

Sometime ago I covered Corvino, which was a new Peruvian style restaurant on Lefferts. I personally only saw that restaurant opened one day. I didn’t even get to try their food because the owner wasn’t setup for credit cards yet. When I passed by again, they were gone. Just like that in the blink of an eye. Corvina wasn’t the only store that didn’t survive. There was a Boba Juice here, as well as a vape shop that didn’t make it. I could sort of understand the Boba Juice attempt, but putting a Vape shop in this neighborhood was just dumb. The people of Kew Gardens don’t much look like Vapers to me. I’m not sure what the owner of that one was thinking. It’s now a real estate company, and boba is some other type of juice bar or something.

Recently, I spoke with one of the owners of the new Eva’s kitchen location. He told me about two weeks ago that he had no choice but to cancel the in house delivery service. We didn’t cover that here because it wasn’t officially announced yet. However, he did recently put out a release informing current customers about the change. The app no longer shows delivery as an option either. He did say that customers can still use ubereats or other third party delivery services. Just that he wasn’t doing it in house anymore.

Getting my grub on at @evaskitchenqns #mealprep #nutrition #diet #intermittentfasting

Nick told me that each delivery worker was earning minimum wage plus tips. In addition to this, he also stated that he has to insure them in case anything happens. That overhead, plus the 27% that grubhub takes right off the top from each order was really hurting his bottom line. He also stated that it was hard to manage the team as many called out often or just didn’t show up for work. In his store, the delivery guys were also responsible for meal prep, but because of shortages in head count, and many deliveries, he also had to pay extra for the cooks to do the meal prep as well. So he said that after crunching the numbers several times, it was not worth the cost of having an in house delivery service so that’s gone.

People have complained about small businesses being hurt by our government policies. Another example some have cited is how McDonalds has started using kiosks and more automation due to increases in headcount costs. I’m not sure if that’s the true catalyst, but the end result is less employees. I’ve personally never seen the effects small businesses are experiencing up close until now with Eva’s. The owner told me that the biggest enemy to small business is payroll. More so than even rent and other business operating costs. We all want workers to earn a fare wage, but he said that the increases to minimum wage were really challenging for small business, specially newer ones. He said that this along with taxes were a huge expense.

I don’t know what the solution is, but I think that we all can agree that shutting the doors, or laying people off is not the way we create jobs and opportunities for entrepreneurs. I do hope that things work themselves out cause it sucks to see so many people shutting their doors or letting employees go.