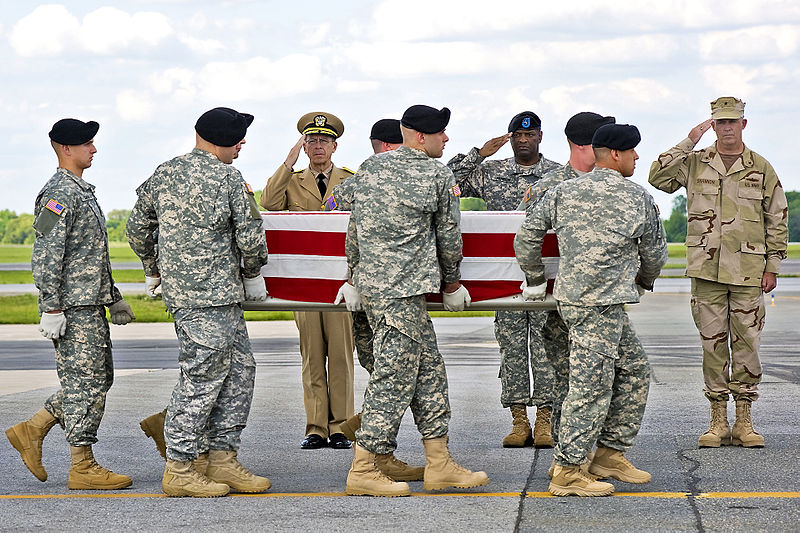 When Barack Obama returned to the podium to say one more thing at his press conference on Tuesday, it could have been about anything. Of course, a reporter had asked him about Jason Collins, but the president could have said any number of things.

He could have said,

Jason Collins? He’s a basketball player. Let me tell you about real American heroes. Let me tell you about six men who gave their lives in the service of their nation over the last week. Let me tell you about Captain Aaron Blanchard, a 32-year old Apache pilot, and First Lieutenant Robert Hess, a 26-year old Blackhawk pilot, who died of wounds received from indirect enemy fire on April 23rd. Let me tell you about the brave crew of Independence08, a MC-12 surveillance and reconnaissance turboprop that crashed in Afghanistan on April 27th. Onboard were 28-year old Captain Brandon Cyr, 30-year old Captain Reid Nishizuka, 24-year old Staff Sergeant Richard Dickson and 30-year old Staff Sergeant Daniel Fannin, and they leave behind families and friends and squadron mates who grieve their passing. I have personally called each of their parents and spouses to convey a grateful nation’s condolences and let them know that I will be here if they need anything. I am proud of these young men. They represent the best and brightest of America, and they died too soon. And you want to know about a basketball player?