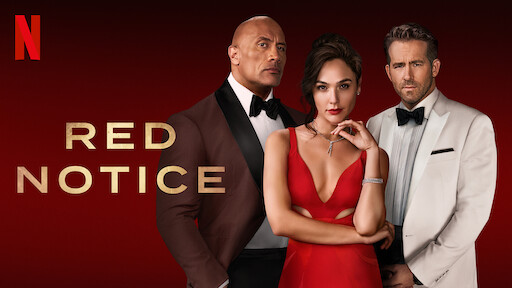 These days it seems that Dwayne Johnson and Ryan Reynolds are pretty much in every new movie you can find. That’s actually not a bad thing as I am a big fan of both of their films.

It kind of feels like Dwayne Johnson is the Arnold Schwarzenegger of this period of time. He’s the very big muscular action movie star of today. Ryan Reynolds is kind of like the Bruce Willis of today. He’s handsome, funny, entertaining, and while not as big as Dwayne, he’s fit. Personally, I think they are both quite entertaining and fun to watch.

The premise of this film is that they are trying to steal some priceless egg that once belonged to Cleopatra. There is a lot of shady stuff happening throughout the film which I won’t reveal because you are not here for spoilers. But let’s just say that things are not always what they seem.

I don’t think that this is their greatest work, but it is quite entertaining. By the way, we also have Gal Gadot in this movie. You might know her as Wonder Woman. I wasn’t too crazy about her character because she seems to be unreasonably overpowered in the context of the film, and I didn’t really like that too much. However everyone in the film serves their role properly, and her character will make sense by the end.

If you have a couple of hours to kill, this is an enjoyable film to watch.