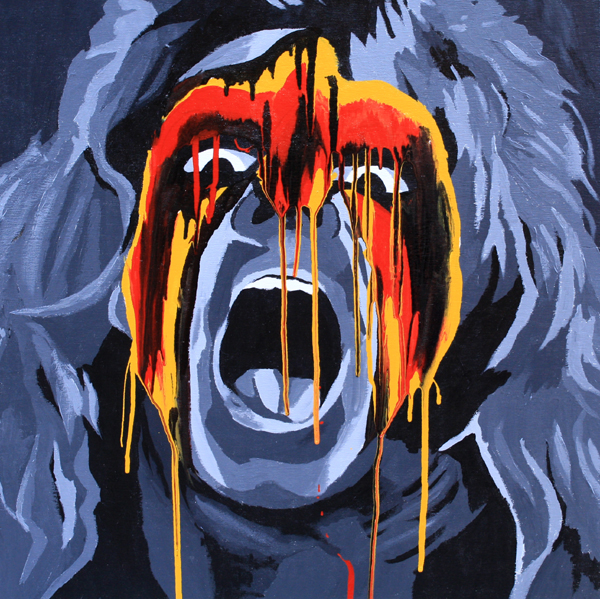 Growing up I was a huge wrestling fan. I often watched the WWF with my dad back in my younger days. I spoke about this topic on the piece I did for Evan Ginzburg, who was an associate producer for the film “The Wrestler.”

Many wrestlers from that era have since passed away, often in the same fashion, immediately, and unexpectedly. We lost the amazing Macho Man, Randy Savage. Macho Man was one of my absolute favorite wrestlers. It seems that he passed out behind the wheel and was killed. This was a terrible loss for the wresting community. I have since met his brother, the genius, Lanny Poffo. He’s a nice guy, and it’s always cool to hear stories about them.

Speaking of wrestling stories, Luscious Johnny Valiant has a quite a few to tell. I met him around the same time I met Lanny, and he is one funny, entertaining man. He shared stories of Andre the Giant, and the business overall. A great dude that I’m glad is still around. Most recently, however, we lost another one of the great wrestlers from that era, and possibly of all time. The Ultimate Warrior was just inducted into the hall of fame.

He had given a 45-minute speech addressing many different items, including the WWE Fall of the Ultimate Warrior cd. The CD was just wrong, he said. Though it appears that he had made amends with the company as he had signed a deal to be an ambassador for the WWE. He even made an appearance on RAW and Wrestlemania. Then, he just dropped dead.

What happened to this man? Things seemed to be headed in a great direction for his career, and just like that he was taken from this realm. The conspiracy theories have already begun. They range from alleged continued steroid use, to murder and foul play. For what it’s worth, I will say this, and it’s sort of like stating the obvious at this point, but Warrior didn’t look right to me when he did the speech at RAW.

First of all, listening to his speech, it felt like he was saying good-bye to us.

Second, he seemed fatigue, drained and out of breath as he was talking. I’ve watched the Warrior videos on youtube for a long time now, and I never saw him like that. Warrior was consistently working out. He always seemed to be strong and fit, something didn’t look right this time. It almost felt like he knew what was coming.

I really don’t know, and as far as I am aware, the official cause of death has not been revealed yet. However, I had to take a moment to pay respects to one of my favorite wrestlers of all time. I hoped to get around to meet him, but that is obviously not going to happen.

Have you ever taken steroids?

[…] we lost one of my all-time favorite wrestlers, one that I followed online to this day, the Ultimate Warrior. As far as I know, the cause of death has not yet been released. However, a guy who eats healthy, […]