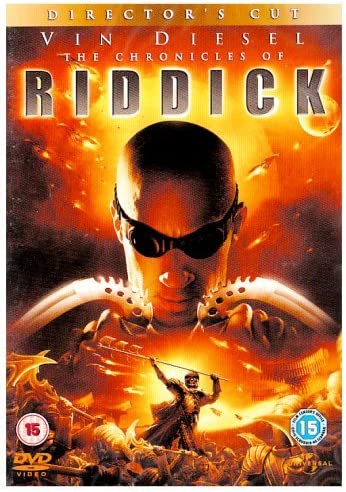 So I forgot that the first Riddick movie was actually called Pitch Black. I saw the film Riddick listed on HBO and I decided to watch it. While watching it, I realized that it didn’t seem familiar and I decided to look and see how many other Riddick films there were, turns out that there’s like two or three more that happened before this one.

Seeing as though I don’t really know what happened in those other films, I am not sure why Riddick is being hunted as some sort of criminal. They showed a little preview in the beginning of this film, and from that I can deduce that the people in power probably framed him and labeled him a criminal. But I really don’t know for sure as I have not seen the other films.

Despite not having seen the other few films, and realizing that while already significantly deep into this one, I was still able to watch it and enjoy it. You don’t really need to know the history in order to enjoy this film in the sequence, although it would probably give you a better understanding and context.

At the end it sounds like they were setting up another film in the franchise, but considering that this came out in 2013, I’m not sure if that’s going to happen. A quick google search indicates that Diesel is looking to release another Riddick film, Furya, but I’ll believe that when I actually see it. It’s possible, but I’m not sure how likely it is that we will see another Riddick film.

The plot line is that Riddick is stuck on some alien planet with some crazy monsters and he’s trying to find his way home. He finds a base of operations then triggers an alarm that scans him. I’m sure it is intentional so that they can come looking for him. From there the film carries on exactly how you would expect given the tradition of modern day films. He is sneaky, kills everyone, and on it goes.

The crappy thing here is that they kill his fucking dog in the movie. You knew that would happen once they show him bonding with the dog, but that still pissed me off anyway. Happily, the person who did it definitely gets what they deserve and that was kind of dope and satisfying. Though I would have preferred to see him suffer more.

It’s an old movie and it’s not amazing by any stretch of the imagination but it’s fairly entertaining and I did enjoy it.

[rating:5] When first watching this film one can't help but wonder what is going on. But after a few minutes Read more

For sometime I have been meaning to watch Breaking Bad. Somehow my wife found out about the show as well Read more

I'm sure that most of you that are close to my age can remember the cartoon "Gumby". Stop motion is Read more