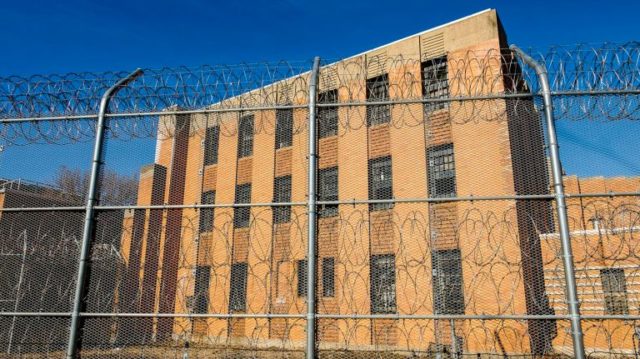 So as part of some alleged plan to improve inmate life and to supposedly make NYC’s criminal system fairer, Mayor Deblasio plans to shutter Rikers Island and move the inmates among 4 of the city’s boros.

The boros would be Queens, the Bronx, Manhattan, and Brooklyn. Among the reasons are that the facilities would be newer and better for the inmates as well as the corrections officers. It would make it easier for families to visit because the inmates would live in their respective boros, and somehow they think this will reduce crime and recidivism.

I’m not buying their crap. My gut tells me that this will just create some work for some of the real estate moguls in the city and ultimately open up Rikers Island for some new waterfront condos.

I don’t believe that they have the inmates or our best interests at heart. I for one oppose having a bigger jail in my neighborhood. I already run into enough people coming in and out of the holding areas by my existing court houses, and I certainly wouldn’t want that number to increase that.

Granted, most of these folks are being held for trial and aren’t necessarily guilty. However, with many of them at Rikers assaulting corrections officers and being involved in gang activity, this is just not something I want in my backyard.

I see zero benefit to the community with this closure and building a mega jail next to us. However, I see plenty of benefit for the pockets of real estate. I bet you that the Mayor is not putting one of the new jails in his backyard, but he’s cool to drop one in ours?

If you’d like a detailed, journalistic breakdown of the plan, Laura Cook from AMNY lays it all out here.

Please take note of the date on a post. Over the years my views have evolved. I'm constantly learning and growing.
Related Items
← Previous Story USAF Basic Training: Breaking ranks while marching
Next Story → Adversity can make you or break you
Subscribe
0 Comments
Inline Feedbacks
View all comments