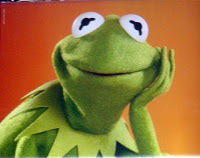 This past weekend at Fordham University’s Rose Hill campus Sangre Viva held its second of hopefully many more educational events.  This event, dubbed “Historias! A Conversation On Latino Literature” featured an amazing panel of published authors from within the Latino community.

Most of you are probably wondering “but what the hell is Sangre Viva”? I know! I was thinking the same thing! Even as I frantically went to Eventbrite’s website to click “in” for this free, star studded event.

What is Sangre Viva Arts Alliance? To that I’ll respond you probably already know some of the members. Have you ever heard of George “Urban Jibaro” Torres, or Juan “Papo” Santiago, or this organization they run called “Capicu”? Perhaps you have heard of Eric “Advocate of Wordz” Maldonado or his poetry house “Grito de Poetas?” Well those are two of the several groups that form part of Sangre Viva.

Sangre Viva Arts Alliance is a multicultural cooperation of prominent Latino/a artists and organizations, across multiple fields, dedicated to promoting a grassroots, international vision of Latinidad in the arts. The name itself, is a metaphor which translates as “Living Blood”. We as artists have taken on the responsibility of ensuring that our cultures persist through the sharing of the truths that encompass all that we’ve been and have become.

Latinos, specifically in the United States, are linked together through a mutual experience ~ shared blood, common roots ~ in this grand experiment called America. Our younger Latinos are more often than ever a mix of Latino backgrounds and “races”, several generations removed from the motherland that their parents and grandparents claim. We want to facilitate these conversations about our shared lives with participants and practitioners of arts education to strengthen cultural identity. Somos la sangre, carrying culture throughout the nation for generations.

We’re interested in uniting our family, the artists, writers, poets, musicians, graphic designers, performance and visual artists that we work with consistently to raise awareness, to change statistics, to change lives, to plant seeds of discussion and further progress. We want to put our people on the path of unity, love, progress and success via art and genuine conversation.

The actual organizations that form the Sangre Viva Arts Alliance are made up of representatives from Acentos Poetry Foundation, Capicu Poetry & Cultural Showcase, The NYC Latina Writer’s Group, Hispanic Panic, Grito de Poetas, and La Loba Poetry Series. Those houses together make up the collective.

Now that you have some information on the organization and what they are doing, you can better appreciate the event itself. With a panel made up of these witty individuals, to say I had a blast is an understatement.

The authors were very generous, they shared plenty of information and tips on their journeys to getting published. Some of the items they touched on were the pros and cons of self publishing as opposed to traditional publishing, staying true to your work but being able to listen and compromise, taking the actual editing process extremely seriously and the importance of presentation in your work. Tools used such as “create space” were shared, along with some bad personal experiences as well as good ones too.  But it wasn’t all business, many jokes were exchanged along with the valuable personal experience in the game.

The event was a great experience and I look forward to attending the next one. One thing that we the community cannot take for granted is that this event was provided free of charge to us. I’d gladly pay for something like this, it’s totally worth it! I was happy that we had a decent turnout, but I thought that our people must be going crazy, how could you not be there? I mean, not only was the event free and extremely valuable, but we were also provided sandwiches and refreshments courtesy of Latinos in Tech Innovation & Social Media, LATISM. They had COCO RICO son!  COCOMOTHERFREAKINGRICO!

All jokes aside though, I found this event very valuable and I very much look forward to the next one. If you are serious about your craft, then keep an eye out for Sangre Viva and the aforementioned organizations, they are all doing big things.

As a nice perk, during the event there was a raffle for some books and baseball tickets. I actually won “Freestyle” by Linda Nieves-Powell, and I must say I am enjoying the read. Take a look at “La Casa Azul Bookstore” which was involved in providing some of the raffle prizes. Bookstores like this one are out there to give our books a place when the major bookstores won’t, let’s help them prosper.

I’d like to give a shout out to all the panelist for sharing such valuable information with us and taking our questions. Some of you I know from before, some I just met, but I am grateful to all of you.

If I missed anyone involved, then forgive me and please share their names in the comments.  As Papo says “Elevacion”… I’ll see you all this Saturday at the next Capicu event.

For a transcript of sorts on Saturday’s event check out #SangreVivaConvo on twitter.