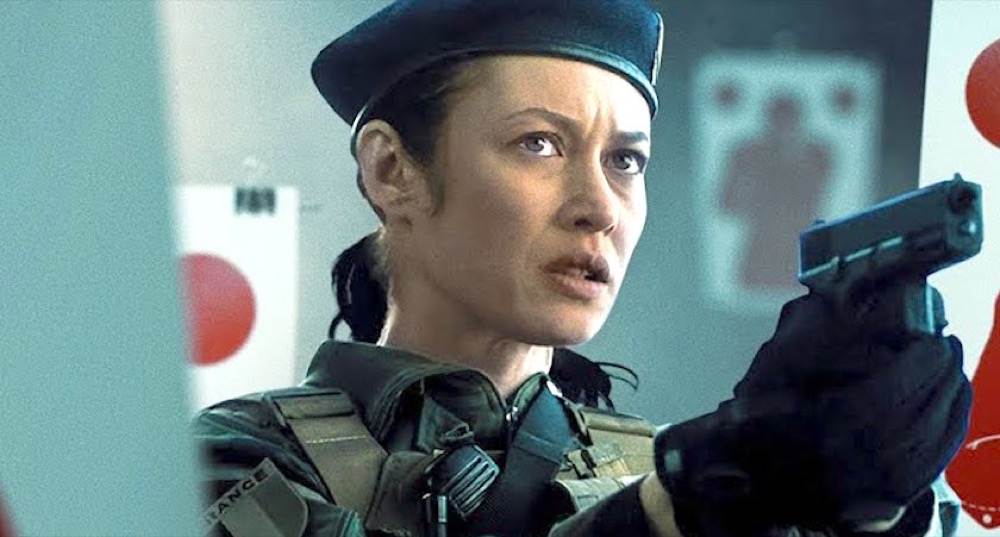 The premise of the film is the typical vengeance for someone who couldn’t get help from the police. Her sister is assaulted and the cops say the usual bs, “We are working on it, but it takes time.” You know how that story goes, they don’t help the little people, so we have to take matters into our own hands.

This movie was fairly entertaining but it also felt slightly unrealistic. The main character, Klara, seems to get away with pretty much anything with little to no “covering her butt.” She pulls off things that no normal person could get away with in the real world.

Now mind you, I know that this is a movie, but she’s not a superhero and there is no magic or supernatural element to this film. So, I would expect that you’d at a minimum wipe for prints and be careful about leaving any DNA or evidence behind. Klara leaves it all behind, she doesn’t seem to care or understand that there will be consequences.

I don’t want to continue riding her, but she was also very absent minded while conducting while security operations. It is extremely obvious to me that she was suffering from some severe PTSD, headaches, and also had a drug problem. There are several instances where you see her point her rifle at civilians who are conducting everyday business. It seemed that she was about to open fire on these innocent, average citizens. Yet, she was still allowed to carry powerful guns and perform this job.

This is a real problem in society, but was clearly taken to the next level in this film. We need to take care of our veterans, but after sustained combat, and plenty of trauma, perhaps a job guarding civilians with high powered weapons is not the way to go. Maybe they should be assigned to a safer job with no weapons and stress as they work through the trauma

I don’t want to spoil anything about the film, but let’s just say that this story doesn’t go the way you expect it to go. There are some plot twists that leave you thinking WTF just happened! The villain is your typical rich person who is deemed “untouchable” by the government due to their power and connections. The worst kind of person that we see time and time again in films, comics, books and all manner of storytelling. The worst of the worst, that’s this guy for you. Does he get what he’s got coming to him? Well, you’ll have to watch it for that.

Overall, I’d say that this was a fairly enjoyable movie. It’s pretty short and in my opinion a bit over the top with some of the things Klara pulls off. At one point she chases some dude down, he had a gun, but then she lets him go. I still don’t know what the hell that was about? I didn’t hate this film and despite all the weirdness, I was rooting for her the whole time. I can go either way on this one, it was okay. I think the main reason it was number three on Netflix is because people are running out of stuff to see and it seemed fairly promising. There’s nothing really amazing about the movie, but its an okay watch and I don’t regret sitting to watch it. I just had slightly higher expectations.