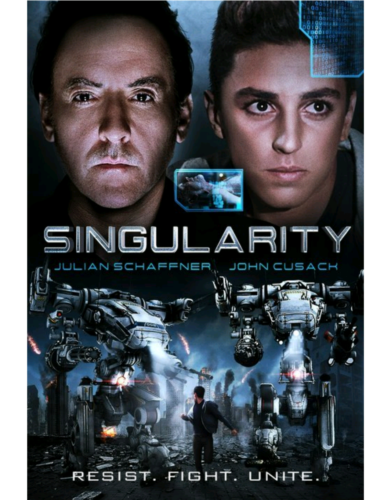 So we were looking for a film to watch and at some point I had added this one to my Netflix list.

We started watching it and perhaps about 1/4 of the way in, my wife walked away to take a shower. My son and I decided to stick it out so we kept going. I remember saying, “Man, this film is kind of slow.” But I expected that it would pick up at some point. Sadly, that point never came.

I believe that this movie had a 100k budget. I also read that this film made about 73k. I don’t know how true those numbers are, yet somehow I doubt that the sequel for this film will ever be made.

The character development sucked, the robot’s agenda didn’t make sense, the twists and turns sucked. The film really only featured like 4 people regularly and half the time we were watching Cusack watching them on a screen. This movie was straight garbage and I’m sorry that I wasted 90 minutes of my life watching this straight trash.

I don’t usually agree with or care for what critics have to say. But in this case, I’ll have to agree with The Prague Reporter’s Jason Pirodsky and state that I agree with their negative review. This movie sucked y’all, don’t waste your time.