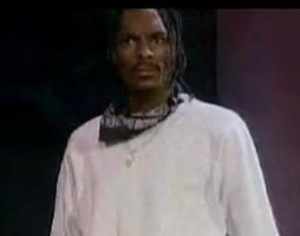 Snoop Dogg has come a long way since the old days. But he is not one to hold his tongue, and he let us all know that he is not happy about how Hollywood continues to portray black people and their history in the U.S. He’s pissed off because they keep showing and making films about slavery, as opposed to what’s going on today. The progress of today, for instance, I’m thinking maybe a film about how Obama came to be the first black president.

Snoop Dogg has been doing his thing on youtube, and he states in this rant that “we should do our own thing.” That’s exactly what I was going to suggest to Snoop. You see, Snoop has money, ears, and the position of power to make things happen for blacks and other minorities. So Snoop, make it happen brother! If you are looking for black actors, etc, I know many, Sidiki Fofana is a young up and comer who’s doing some great things. There are some of those vine celebrities like Iman Crosson, King Bach, and a whole bunch of other folks you could tap on the shoulder.

The females are right there doing their thing as well, and ready for a big break. Drea, Simone, and if you want to expand, you got Lianne! So make it happen bro, don’t talk about it, be about it! You have the resources, so do it!

By the way, we got some latinos too, Tommy5k, Lejuan James, and on it goes! Oh, even that other guy, AngelRtalk! Hah! So make it happen and stop complaining big bro!